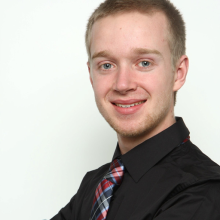 Nick started out his career right out of college as a newscaster for stations Easy 101.3 and Country 107.3 for six months. Nick graduated with honours from Fanshawe College’s Broadcast Journalism program in 2019. A multiple award winner, Nick won two journalist of the year awards and took home the Jim Morris award for reporter of the year in his final year of college.