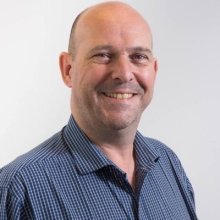 John Copsey is the national evening/overnight news anchor for CKNW and the Global News Radio network. He can be heard Sundays through Thursdays during Charles Adler Tonight and The Shift.

John hails from Winnipeg where he studied English Literature, Film and Theatre at the University of Manitoba, and journalism and technical communications at Red River College.

John kicked his radio news career into high gear at CJOB in Winnipeg, where he spent seven years as news anchor, reporter, producer and sometime host. He took a brief hiatus as news director and morning news anchor with Evanov Radio in Winnipeg, before returning to CJOB.

While working in Winnipeg news radio, John instructed and mentored a new generation of radio broadcasting talent at a local private broadcast college.

Heading west in 2014, John continued to work in news radio in Vancouver as evening anchor at CKWX before taking on his current position as National Network News Anchor with Global News Radio.

@ThatEricAlper “Fat, drunk and stupid is no way to go through life, son.”

According to search organizers, the group had left too late in the day and wasn’t dressed for the conditions. Continue reading →

Crews were called to the hospital, located at 3935 Kincaid St., shortly after 10 p.m. Sunday. Continue reading →

Pedestrian in hospital with life-threatening injuries after Cloverdale collision

A pedestrian is suffering from potentially life-threatening injuries after a collision in the Cloverdale area late Wednesday afternoon. Continue reading →

Coquitlam RCMP seeking youth who is ‘unlawfully at large’

Coquitlam RCMP is asking for the public’s help in locating a youth patient of Maples Adolescent Care Centre at Riverview Hospital who is Unlawfully at Large (UAL). Continue reading →

Police say early indications suggest this is a case of family violence and all involved are known to each other. Continue reading →

An air ambulance took one person to hospital, with another taken by ground ambulance. Continue reading →

Surrey RCMP are asking for the public’s help in locating 17-year-old Hailey McLelland, who has not been seen since Sunday, October 11. Continue reading →

A massive plume of smoke and flames lit up the sky over an industrial area of New Westminster’s Queensborough neighbourhood Monday evening. Continue reading →

Police on lookout for blueberry harvester stolen from farm in Abbotsford, B.C.

Abbotsford police are asking you to keep your eyes open for a stolen blueberry harvester. Continue reading →

Officers are investigating a shooting that sent a man to hospital and narrowly missed a woman and child as the trio were leaving a Dunbar eatery Tuesday afternoon. Continue reading →

UPDATE: Vancouver police say the missing woman has been found and is safe. Continue reading →

RT @richardzussman: BREAKING - Over the last three days there has been 1,933 new cases of COVID-19. This includes 713 cases from Fri to Sat…