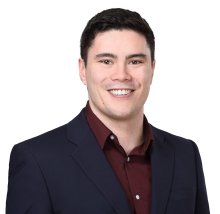 Born and raised in Regina, Sask., Alexander has spent the last few years on the east coast attending the University of King’s College School of Journalism, eventually obtaining a bachelor of journalism and master of journalism degree.

He first began his career as volunteer writer for The Sheaf, the undergraduate newspaper at the University of Saskatchewan. After four years, Alexander decided to attempt to make a career as a professional journalist and made the move to Halifax.

Prior to working with Global Halifax, he got his start as a freelance journalist, with his pieces appearing in regional and national outlets. A brief stint at CBC’s investigative unit capped off his short freelance career.

When not in the newsroom you can find Alexander on Twitter or reading a good book. His interests lie in politics, crime and data driven investigative journalism.

01:59
Global News at 6 Halifax
The last ride of Ellen Watters

02:19
Global News at 6 Halifax
Evangeline Downey on what it feels like to not be consulted on Nova Scotia’s apology for systemic racism in the justice system

02:00
african nova scotian
‘This hurt me’: Steve Benton on the lack of community engagement in N.S. apology for systemic racism

00:51
Global News at 6 Halifax
Kim Murphy on Nova Scotia’s lack of consultation over its apology for systemic racism

04:03
Global News at 6 Halifax
The New Reality: Massage therapy in the wake of COVID-19

01:16
Global News at 6 Halifax
Supporting Nova Scotians as they mourn one flight at a time

N.B. could move to modified yellow phase if COVID-19 cases continue to fall

Health officials are continuing to monitor the situation but Dr. Jennifer Russell said the province’s health zones could move to the yellow phase by early next month.  Continue reading →

An analysis by Global News shows that gas prices in the region have steadily increased since the beginning of November. Continue reading →

Police say officers were called to Chemin W Gautreau at approximately 2 p.m. for reports of a dead woman. Continue reading →

Witnesses who appeared before the standing committee on natural resources and economic development were unanimous: affordable housing needs to be addressed across Nova Scotia. Continue reading →

The investigation into the home invasion and abduction of the 42-year-old man from Bedford, N.S., is in its early stages. Continue reading →

A Parks Canada employee reported the ordinance — confirmed to be five boxes of 9mm ammunition and some ‘smoke markers’ commonly used by vessels — at the end of November. Continue reading →

‘We are still in a pandemic’: Premier Rankin urges caution during first COVID-19 update

At a COVID-19 update on Wednesday, Dr. Robert Strang said that although cases have remained low he is urging Nova Scotians to remain vigilant. Continue reading →

New Brunswick is the only jurisdiction in Canada to not fund abortions outside of hospitals. It has faced protests and legal challenges tied to the decision. Continue reading →

The province will increase its minimum wage by 5 cents to $11.75 per hour on April 1. Continue reading →

Coronavirus: No new cases reported in New Brunswick for first time in 2021

The province is also reporting that nine new people have recovered since Monday, meaning there are now only 75 active cases of the virus in the province.  Continue reading →

The 37-year-old was chosen as Liberal party leader at a virtual convention in Halifax on Feb. 6. Continue reading →

Officers say the altercation occurred between two people who knew each other during an argument while travelling in a vehicle on Highway 2.  Continue reading →

The mobile testing site was set up in response to a newly identified COVID-19 case at Beaver Bank-Monarch Drive Elementary School. Continue reading →

A Hong Kong court agreed this week to release the group, which includes three former legislators, but prosecutors a… twitter.com/i/web/status/1…

"Bitter cold didn't affect our movement, and neither will deathly heat," said one protesting farmer. trib.al/QWSyJyg

"We will need to put some things in writing today," one individual told the Privy Council Office. trib.al/cUiVlfW