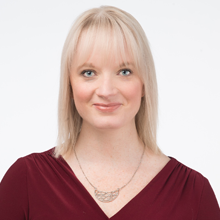 Melissa Gilligan is an online journalist with Global Calgary.

She is a born-and-raised Calgarian who graduated from SAIT in 2006 with a Broadcast News diploma and immediately began working as a news anchor and producer at 660News. After more than five years at the all-news radio station, Melissa left to join Global Calgary in 2012.

Memorable moments in Melissa’s life include interviewing actress and musician Juliette Lewis, meeting chef Gordon Ramsay, and being in a London pub when news of singer Amy Winehouse’s death broke.

She is happily married and the mother of a young daughter.

01:39
Global News Morning Calgary
What not to eat at work if you don’t want your co-workers to hate you

Alberta Premier Jason Kenney announced on Wednesday that the province’s vaccine rollout will expand to include anyone over the age of 12 by Monday, May 10.

Alberta RCMP suspect a man whose body was found north of Calgary this week was attacked and killed by a bear.

An emergency alert has been issued for Rockyford, Alta., over concerns the water in the village may be unsafe to drink.

Crime
May 4, 2021 11:25 am
Victim of human trafficking escapes, suspect arrested at Calgary hotel

The Calgary Fire Department says four people living in a home in the community of McKenzie Lake were able to get out safely on Friday after a fire sparked in the garage.

The bust was carried out by ALERT and saw nearly $1 million worth of drugs seized from two Calgary homes.

The Calgary Flames are mourning the loss of Byron J. Seaman, part of the original group of six that brought the team to Calgary from Atlanta in 1980, who died on Saturday.

Fifteen scholarships are up for grabs through the Calgary Black Chambers Society’s new scholarship fund.

The annual tournament, part of the PGA Tour Champions, was cancelled last year due to the COVID-19 pandemic.

The Stampede is stepping up to help La Tablée des Chefs with its Solidarity Kitchens initiative, which helps produce meals for Canadian food banks.

Occupational Health and Safety is investigating after a gravesite collapsed at a northwest cemetery on Monday, injuring one man.

The Calgary Fire Department said crews requested more support before they arrived at the scene because of the smoke and flames visible from a distance.

RCMP say four stolen calves were among the items discovered during an investigation in central Alberta earlier this month.

A specialized team of officers that investigates online child exploitation in Alberta says they have charged 24 people already in 2021 as they investigate a record number of cases.

The health authority said inspections at these establishments contravened public health orders, which might be dang… twitter.com/i/web/status/1…