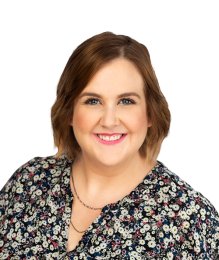 Kirby Bourne is an award-winning journalist who has always wanted to spend her life telling stories.

A graduate of the radio and television program at NAIT, Kirby has spent time covering news, sports and entertainment for both television and radio stations across Alberta and British Columbia.

She returned to Edmonton as an anchor/reporter for 630 CHED and iNews880 in 2013 and spent just over three years delivering the news to Corus listeners.

In November 2016, Kirby made the move to the digital side of radio and now spends her days creating engaging web and video content.

In early 2017, Kirby was honoured with the Dave Rogers Award for a short feature she produced on two Metis settlements that housed people after the Fort McMurray wildfire in 2016.

On Friday, there were 822 Albertans in hospital with COVID-19, with 81 of those people receiving care in the ICU.

For the second time in the fifth wave of COVID-19, Alberta has changed criteria for who is eligible for PCR testing and the need for tests has surged with the Omicron variant.

On Thursday, Alberta announced another 4,869 lab-confirmed cases of COVID-19 and unveiled a new one-stop website for information on managing symptoms at home.

On Wednesday, Alberta reported a record confirmed number of daily COVID-19 cases, as well as a record positivity rate.

As the COVID-19 variant Omicron continues to cause a surge in cases in Alberta, the province is changing testing criteria and notification policies.

Alberta Health confirmed an additional 1,346 COVID-19 cases over the past 24 hours along with 522 new cases of the Omicron variant.

The Edmonton Elks are bringing back former head coach Chris Jones to fill the coaching role as well as the vacant general manager role.

On Saturday and Sunday, hundreds of drivers will come to Santas Depot to help deliver toys to around 20,000 children from 630 CHED Santas Anonymous.

All Albertans can now get access to free COVID-19 rapid tests across the province. But how do you use them and when should they be used?

More than $4-million worth of methamphetamine, cocaine and other drugs were seized after a nine-month investigation by the Edmonton Police Service.

One man has been charged with second-degree murder in the suspicious death investigation after a man was found dead at a fire call early last year.

COVID-19: What can you do in Alberta during the holidays?

The Alberta government changed some COVID-19 restrictions Wednesday, but didn’t update others. So what is and isn’t allowed this holiday season?

Charges are expected after more than $856,000 worth of cocaine was seized in the Edmonton area in December after a six month investigation by ALERT.

Canada approved a new at-home COVID treatment — but you might not be able to take it. @atRachelGilmore explains. tiktok.com/@globalnews.ca…

In the rush to vaccinate the world against COVID-19, researchers in Texas have made a breakthrough. trib.al/SGGWHXh

Sources told Global News that the Canadian special operations presence is part of an attempt by NATO allies to dete… twitter.com/i/web/status/1…