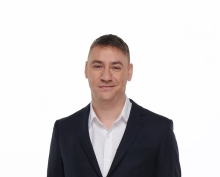 Simon Little is a Global BC online journalist and occasional CKNW AM980 news contributor based in Vancouver.

He joined the British Columbia online desk in 2018. Prior to that, Simon worked as a digital and radio reporter at CKNW, starting in 2015.

He is passionate about local and breaking news, politics and current affairs and is an avid cyclist who has travelled by bicycle through 13 countries.