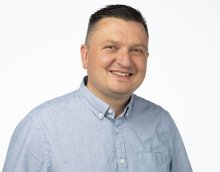 Phil began his professional journalism career in radio, working as an associate producer with the long-running CBC program As It Happens. He eventually transitioned into the world of television, and in 2012,  made the move to Calgary when he joined Global News as a producer.

While he relished the opportunity to work in broadcast news, Phil has also always had a passion for online media.

In late 2015, he joined Global News Edmonton as an online journalist and is now thrilled to be working in Alberta’s capital.