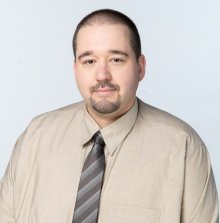 Before joining Global News in 2016, Nick worked as a reporter at The Toronto Star and the Toronto Sun.

Born in northern Ontario and raised in Hamilton, Nick earned his advanced journalism diploma at Humber College in Toronto.

In his spare time, Nick enjoys travelling and photography.

Nick can be reached at 416-391-7355, through email at nick.westoll@globalnews.ca, or through Twitter.

01:58
Global News at 11 Toronto
Founder of SanRemo Bakery in Etobicoke dies of COVID-19

02:08
Global News at 5:30 Toronto
A closer look at how collision reconstruction investigations work

00:57
Global News At 5 Durham
Family launches GoFundMe for truck driver who died after crash on Highway 401 in Pickering

01:38
Entertainment
Nuit Blanche Toronto 2019: Here’s what you can expect

02:00
Global News at 5:30 Toronto
Serving up lemonade and kindness to Toronto commuters

Emergency crews were called to a residential complex on Tandridge Crescent, southeast of Islington Avenue and Albion Road, just before 9 p.m.

“I want to make it clear that while we have successfully charged someone for their alleged involvement in this assault, our investigation does not stop here.”

The reopenings came as the City of Toronto marked more than 75 per cent of local eligible adults having received one COVID-19 vaccine dose and 25 per cent with two doses.

Emergency crews were called to the intersection of Fourth Line and Britannia Road in Milton’s south end at around 12:30 a.m. on Saturday.

The province noted 13 more people died on Friday, bringing the total number of people dead to 9,007.

The announcement is part of a broader shuffle that sees 15 PC MPPs either moving ministerial positions or joining the cabinet. It comes less than a year before the next election.

Emergency crews were called to the intersection of Highway 50 and Queen Street East just after 11:35 p.m. on Thursday.

Emergency crews were called to the intersection of New Huntington Road and Zenway Boulevard, east of Highway 50, just before 7:30 p.m. on Wednesday.

In an update released late Wednesday, officers said they were able to reunite the llama with its owner after it somehow escaped from a nearby farm.

“Our first COVID case was March 26, 2020, and today we are COVID-free,” a Toronto General Hospital ICU employee can be heard declaring on video before staff break out in applause.

Under the proposal, it’s envisioned the Maple Lake Estates land would be transferred to the Lake Simcoe Region Conservation Authority. However, it’s still under private ownership.

“Last year was the most significant outbreak of gypsy moth in the history of Ontario and it looks like this year it might do just as much if not more damage.”

Toronto residents will be able to book Moderna vaccine appointments as of 8 a.m. on June 16.

RT @globalnewsto: #BREAKING: Three children and an adult have been injured after a shooting in Toronto’s west end, police say. https://t.c…

RT @globalhalifax: The RCMP determined "the truck had run over the victim several times." trib.al/JeQ2Dd2