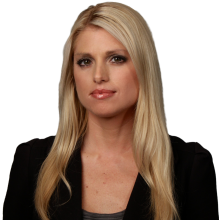 Nancy Hixt is an award-winning crime reporter for Global Calgary, as well as a co-creator, producer and host for both the breakout true crime podcast Crime Beat and the television series of the same name.

Nancy has been reporting for nearly 25 years, covering crime specifically since 1997. Her career began at Global’s sister station in Red Deer (the former RDTV) before she took over the crime beat at Global Calgary.

Nancy has a passion for telling stories others might be reluctant to tell. She has interviewed criminals, sat down with Hells Angels members for a Global exclusive, and can frequently be seen chasing after criminals on the street. She is best known for holding criminals accountable, and can often be seen knocking on a criminal’s door to ask them questions the victim’s can’t ask. She takes pride in giving a voice to people who may not otherwise be heard.

Nancy has received numerous awards, dating back to 1997.  In 2015 and 2016, she won the Canadian Screen Award for Best Reportage in the local category and the RTDNA Ron Laidlaw Award for continuing coverage for her series on the shocking abuse some taxi drivers face from passengers.

In 2012 Nancy was honoured by the Alberta Solicitor General with a Crime Prevention Award for her work series on home break-ins. She toured Calgary communities with a serial burglar who was allowed out of prison for a day to offer insight into how to protect your home.

And in 2018, Nancy received a regional RTDNA Edward R. Murrow television award in the large-market category for her News Series, Unconventional Comfort.

Nancy has covered some of the most high-profile crime cases in Alberta’s history, including the mass murder of five young students in Brentwood. Nancy was the first reporter on the scene of the Garland acreage, after the disappearance of five-year-old Nathan O’Brien and his grandparents, Alvin and Kathy Liknes. She also covers the trials that follow these horrific crimes.

Thanks both to her award-winning reporting and the success of the Crime Beat podcast – which placed first in Apple Podcast Canada’s ‘Best True Crime Shows for 2019′ – Nancy maintains a blog and crime page on Facebook that’s become a forum for victims to meet and an online community where they can discuss issues. Many of the original members on the page have lost children, parents, or friends to murder, impaired driving or other unspeakable tragedies. Many are victims of sexual assault or their children have been abused. Some never find justice, or must continue to live with missing loved ones. The page is a place where they can feel safe and share their stories, and has become an extended family for the members.

When Nancy isn’t working, she loves to be outside camping, hiking, or snowboarding. She loves to travel—especially when it involves the ocean and a nice beach.