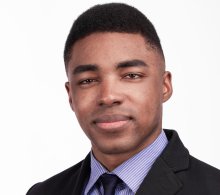 Born in Edmonton, Alberta, Dexter spent his younger years living in the Middle East, Asia, Africa and Europe before coming back to Canada for post-secondary school.

In 2019 Dexter graduated from the Broadcast Journalism program at the Nova Scotia Community College in Halifax and was a part of the Canadian Media Educators award-winning newscast group for the 2019 academic year.

A past Tedx speaker and Tedx host, Dexter is passionate about politics, people and human interest stories.

When not in the newsroom, you can find Dexter spending time with friends and learning as much as he can about the world around him.

Glen Asssoun spent the next 16 years and eight months behind bars, where he suffered beatings, multiple heart attacks and developed mental health problems for a murder he did not commit.

Here’s a quick list of things you should know for New Years Eve in Halifax.

Fire departments from Middleton, Nictaux and Aleysford also responded to the call of the incident.

New Brunswick signed a memorandum Ontario and Saskatchewan to collaborate on the development of small modular reactors.

The alleged breaches included improper use of a firearm, unnecessary use of force, acting in a discreditable manner

The rescue of the feral cats was triggered after the provincial government proposed euthanizing some of the cats.

Due to strong winds, the flames from the barn then set a nearby house on the property on fire.

Police say the man faces charges of robbery with a weapon, theft of a motor vehicle and possession of a controlled substance.

The fire happened in the village of Notre-Dame-de-Lourdes, N.B., on Monday evening.

‘Do not consume’ water advisory still in place for industrial park in Minto, N.B.

Residents were told to not consume their drinking water until assessments have been made to ensure that water is safe to drink.

A member of the Kingston RCMP spotted the car travelling on Highway 101, according to police.

More than 100 tenants of two apartment buildings in Saint John were displaced by a Dec. 10 storm.

U.S. officials say they have jurisdiction in the case because American citizens were aboard the flight that was div… twitter.com/i/web/status/1…

Last week, Netflix raised its price by roughly 10 per cent within the U.S. and Canada — a move that could cause som… twitter.com/i/web/status/1…

A First Nations leader in British Columbia says the signing of a joint federal, provincial and First Nations agreem… twitter.com/i/web/status/1…