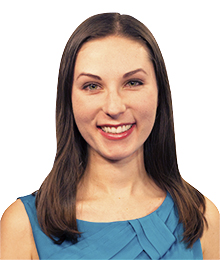 Born and raised in Manitoba, Amber McGuckin is proud to be from the prairies.

Before she was a year old she was grilling her parents asking “who’s that, where’s that and what’s that?” Her curiosity was a magnet to journalism.

After graduating, Amber worked in Kenora, Ontario as a reporter eventually coming back to the city to work behind the scenes at CTV Winnipeg before landing a job at Global News.

When she’s not chasing down a story, Amber spends her time with friends, snapping photos or planning her next trip.