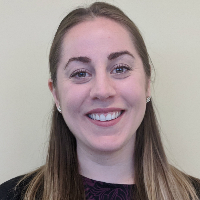 Alexandra Mazur is an award winning journalist who works on daily news but enjoys taking time for investigative pieces. She has won an RTDNA for a series on child abuse in the Belleville and Prince Edward County region, and has worked on other series that have impacted to Kingston region.

Originally from Windsor, Ontario but lived in the Ottawa before making the move to Kingston. She has a master’s in journalism from Carleton University, a professional writing diploma from Algonquin College and an English literature degree from the University of Ottawa. She has previously worked as the editor for Metroland Media’s Ottawa South News and was a features writer for Ottawa Life Magazine. She has also been published in various other publications, such as The Hill Times, iPolitics, CBC Ottawa, the Windsor Star and various community newspapers.