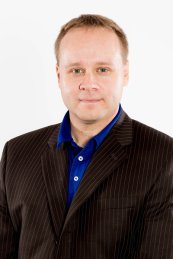 Steve joined Globalnews.ca in September of 2015 after having previously worked for Global Sports in 2006-07.

Prior to his second stint with Global, Steve worked for Sportsnet.ca for over six years.

He has had on-air experience working for Rogers TV Peel where he was a sports host and reporter on First Local and host and commentator for OHL broadcasts, spending seven seasons with the Mississauga Majors and Brampton Battalion. He also covered Toronto St. Michaels Majors broadcasts and Toronto Maple Leafs Intercounty Baseball League for Rogers TV Toronto.

Steve is an avid sports fan and participant in his free time. Jays, Leafs, Raptors, Bills, and Team Finland in hockey account for his favourite teams.