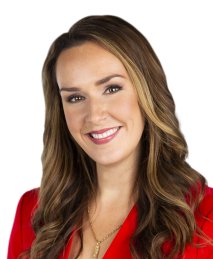 Heather Steele first got the journalism bug as a teenager, while visiting her family overseas in Scotland, and wanting to follow in the footsteps of her cousin, a Glasgow newspaper editor.

She began her journalism career in 2005 in her home city of Winnipeg, working as a current affairs researcher and freelancer for local stations before accepting her first TV reporter gig in Brandon, Manitoba at the former CKX News. She then moved home to join a local morning show where she wore a variety of hats, including reporter, weather anchor and morning show host.

Steele became a member of the Global Winnipeg News team in 2009, as a nightwatch reporter. She delivered headline stories ranging from crime to community, and extensively covered the 2011 Manitoba Flood, several elections and high profile murder trials.

In 2010, Steele accepted the anchor position for the most-watched late-night newscast, eventually transitioning to evening news anchor for Global News at 6.

She brought her love of news and current events to the radio side of the company in the summer of 2019 when she joined 680 CJOB as Executive Producer of the station.

Outside of work she and her husband keep busy running after their small daughters as well as a large St. Bernard.