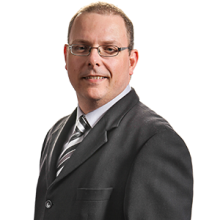 Rick Zamperin has been in the broadcast journalism industry for nearly a quarter century, including 20 years at Global News Radio, 900 CHML. Rick has had numerous roles at CHML over the years, including a seven-year stint as the Hamilton Tiger-Cats play-by-play announcer, and has been a volunteer at several organizations. Rick, who calls Hamilton home, brings you the news weekday afternoons from 3 p.m. to 6 p.m. on CHML.

The Hamilton Sports Hall of Fame has inducted a ‘Legends Class’ of four athletes and one team whose accomplishments were mostly prior to 1950. Continue reading →

Two people have been sent to hospital with critical injuries after an incident near Gage Park in Hamilton. Continue reading →

A man from Hamilton has been charged with various offences after a traffic stop on Highway 54. Continue reading →

The Toronto Blue Jays have bolstered their batting order in advance of the 2021 season but fans are hoping the team’s pitching staff can hold off the opposition. Continue reading →

Brandon Banks says he will “go play somewhere else” if a second consecutive season in the CFL is wiped out due to the COVID-19 pandemic. Continue reading →

Commentary
February 12, 2021 9:42 am
Rick Zamperin: Maple Leafs and Canadiens battle to become Kings of the North

One month into the NHL season, the Toronto Maple Leafs and Montreal Canadiens have proven to be the cream of the crop in the North Division. Continue reading →

A fire at a Hamilton apartment building on the mountain has sent two people to hospital. Continue reading →

A man has been arrested after a shooting on the Hamilton mountain. Continue reading →

A man is facing several charges after police seized a rifle and crossbow from a home in Brantford. Continue reading →

The Hamilton councillor has formally apologized to Hamilton’s mayor, his fellow councillors and constituents for what he calls an “unacceptable response” Continue reading →

The Realtors Association of Hamilton-Burlington’s 2020 report shows a spike in sales and average home price compared to 2019. Continue reading →

The probe includes a call in which Trump urged Georgia Secretary of State Brad Raffensperger to “find” enough votes… twitter.com/i/web/status/1…

“It was an honour to provide orthopedic trauma care to one of our generation’s greatest athletes,” Harbor-UCLA’s ch… twitter.com/i/web/status/1…

Mitch McConnell though said there's still "a lot to happen" between now and 2024. trib.al/klNdI6d