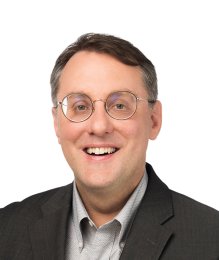 The host of Edmonton Oilers broadcasts and Inside Sports, Reid Wilkins has been a proud member of the 630 CHED team since 2010. His broadcasting career launched in Lloydminster in 2000 and has wound through radio and television and both news and sports.

Inside Sports always has the latest from the Oilers and Edmonton football, though Reid really shines when bringing you great personalities and compelling stories. His guests range from legends like Mark Messier and Warren Moon, Oilers super fans, such as singer Brett Kissel and actor Eric Johnson to local stars excelling at the University of Alberta or Castrol Raceway. Reid’s upbeat personality and sharp interviews leave you feeling entertained and informed.

Reid is a proud Edmontonian who can often be found sampling the city’s culture and food scenes. He has participated in several Fringe Festivals as a writer, actor, and volunteer. Reid took up distance running in 2008 and has completed two marathons and several half-marathons. He is also a persistent yet horrible golfer.

‘We would love to turn this around,’ Edmonton Oilers center Leon Draisaitl said. ‘I know how much the Oilers mean to the fans and the city.’

“Get a new goalie” and “fire the coach” are two common refrains in Oil Country as the Edmonton Oilers struggle, having won just twice in their last 15 games.

Sergei Bobrovsky made 40 saves for his first shutout of the season as the Florida Panthers downed the Edmonton Oilers 6-0 Thursday night at Rogers Place.

After allowing the first goal in 22 of their last 26 games, the Edmonton Oilers are preparing to face the Florida Panthers on Thursday night at Rogers Place.

Struggling Edmonton Oilers ramp it up at Monday’s practice

The Edmonton Oilers held nothing back as the struggling team returned to practice at Rogers Place on Monday.

The Ottawa Senators scored five goals in the third period to stun the Edmonton Oilers 6-4 Saturday night at Rogers Place. The Oilers have gone 0-4-2 in their last six games and have just two wins in their last 14 games. “When you’re not winning consistently, there’s frustration and you can be fragile. You’ve got…

With one goalie out and one struggling, the Edmonton Oilers are looking to Stuart Skinner for goaltending against the Ottawa Senators on Saturday.

Once again, Edmonton Oilers goaltender Mike Smith is injured. He’s expected to be out for at least a week with a thumb injury.

“Right now, our team game isn’t good enough to get us over the hump. As a team, we need to be better. Each individual needs to up their game a little bit more.”

Holloway, 20, is working his way back from a wrist injury. He could be an option for the Oilers on the wing later in the season.

The Edmonton Oilers’ struggles continued Monday night, suffering a 4-1 loss on the road against the New York Rangers.

Two minors have been arrested in Ontario and Quebec on allegations of terrorism, Global News has learned. trib.al/JmCJqPR

Canada, which slid to 13th place in the world rankings, “is seeing increased risks of bribery and corruption in bus… twitter.com/i/web/status/1…