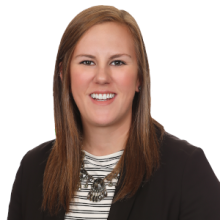 Allison Bamford joined the Global Regina team in November 2017. She started as the producer for Global News Morning, but, after a little over a year, she got tired of the 4 a.m. wake-up calls and jumped ship to dayside reporting. So far, she’s loving the normal hours!

Born and raised in Saskatchewan, Allison grew up in Assiniboia before making the move to Regina for post-secondary in 2013.

After an undeclared first two years of university, Allison decided on a degree in journalism, graduating from the University of Regina School of Journalism in Spring 2017.

Allison interned at CTV Saskatoon for four months before graduating. Following convocation, she moved to Prince Albert, the “Gateway to the North,” for a brief reporting stint with CTV. There, she covered everything from court to crime to sports.

Although she loved the beauty of the north, she couldn’t escape her southern Saskatchewan roots and moved back to Regina six months later. Her mom couldn’t be happier.

Like her Twitter bio says, Allison “shamelessly loves curling, corgis and Taylor Swift.” So, when she’s not reporting, she’s probably cheering on Rachel Homan or Jennifer Jones, looking at cute dog videos on Instagram or obsessing over the latest T-Swift single.

On the off chance she leaves her apartment, you might find her spinning at Wheelhouse Cycle Club, sipping cider on a patio or playing rec volleyball with team ‘Soft Serve.’

Last month, the Regina International Airport saw about 15 per cent of its usual passenger traffic for this time of year. Continue reading →

Awasiw: A Place of Hope provides a warm space for food, coffee and traditional medicine for vulnerable people in Regina to access 24-7. Continue reading →

Beth Racic, 25, is still waiting for her second cervical cancer surgery, after she says she’s had four surgeries postponed in the last three months. Continue reading →

In light of rising COVID-19 cases, Bodhi Tree Yoga is moving all its classes online to protect the health and safety of others, owner Colin Hall said. Continue reading →

Sandra Masters, along with 10 councillors, will swear their oaths in front of a restricted crowd due to COVID-19 protocols. Continue reading →

The organization plans to reopen its doors in one week’s time. Continue reading →

Saskatchewan residents are more hesitant than not when it comes to getting a coronavirus vaccine, according to an Angus Reid Institute poll. Continue reading →

The downtown YMCA has been home to the Regina Marlins Swim Club, and its primary practice facility, for 53 years. Continue reading →

‘It’s what we need to do’: Saskatchewan businesses, communities react to broadened mask mandate

Masks are now mandatory in all Saskatchewan communities with a population of 5,000 or more as coronavirus cases continue to rise in the province. Continue reading →

Saskatchewan has the fourth highest active COVID-19 case rate per 100,000 people in the country. Continue reading →

Sanders embraced Trump's rhetoric and highlighted his administration's record in a video announcing the launch of h… twitter.com/i/web/status/1…

To date, the novel coronavirus has claimed 19,238 lives in Canada. trib.al/oDwyYdJ