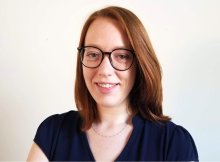 Originally from Yarmouth, N.S., she has been living in the Halifax area for 10 years. Alex graduated with a Bachelor of Journalism (Honours) at University of King’s College in 2016 and has since worked in a number of newsrooms in Halifax, including The Canadian Press, CBC News, and NEWS 95.7.