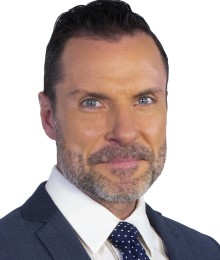 Derek Bidwell made his return to Global Saskatoon in February 2018.

He attended the University of Saskatchewan and then graduated from the Broadcast News Program at the Southern Alberta Institute of Technology.

Derek’s journalism career began in his hometown of Saskatoon at Global Television, where he worked in the sports department as a reporter and anchor for four years.

His next stop was Calgary working at CityTV and CTV as a sports anchor and reporter. He was also on the airways, as part of the sports team for Newstalk 770am, providing sports updates and co-hosting the “Sportstalk” show at night.

He left “Cowtown” and returned to his home province (the one that’s hard to spell for some, but easy to draw for all), to be closer to his family and friends, joining the Global Regina team as a reporter/anchor in the fall of 2016.