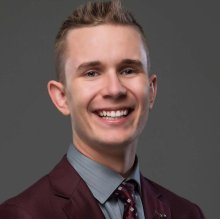 Marek joined the Global News team in October of 2018.

Prior to making Winnipeg his home, he began his reporting career in Northern B.C. with stops in Prince George and Terrace.

He isn’t completely new to Global though. His first job out of high school was rolling the teleprompter for Global Edmonton’s News at 5, 6, and 11.

Born and raised in Alberta’s capital city, Marek developed a passion for being in front of the camera by announcing basketball and football in high school.

He went on to get a diploma in Television Broadcasting at the Northern Alberta Institute of Technology.

When he’s not shooting, editing, or reporting, you can find him managing one of his many fantasy football teams, or trying not to make a mess while he tries out a new recipe he found online.

He also avidly roots for the Edmonton Eskimos, and New York Giants.