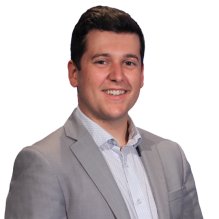 His previous media experience includes a six-month stint with CTV Lethbridge and working for just under a year as an online reporter for Castanet in Kelowna.

Now back in the Okanagan, he’s eager to continue bringing stories that matter to local viewers.

His love for broadcasting is thanks to his grandfather, former broadcaster Lorne Ball. Jayden says whenever he needs advice or feedback, his grandpa is always his first choice.

After earning his diploma in broadcasting from the Southern Alberta Institute of Technology in 2020, Jayden knew he was one step closer to being the next broadcaster in his family — a dream he’s wanted to accomplish since he was a teenager.

When he’s not working, Jayden enjoys being outdoors near any body of water he can find. He also enjoys playing or watching hockey and spending time with his family and friends.