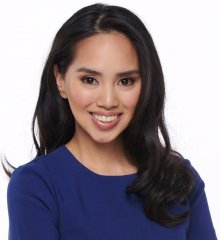 After a stint in marketing and communications, Emily went back to school to kick start her career as a journalist. A graduate of BCIT’s Broadcast Journalism program, she joined the Global News  team on CKNW radio in 2015. She is a two-time award winning journalist. In 2016, she won a BC RTDNA Award for best radio feature in an exclusive look into B.C.’s busiest hospital dealing with the overdose crisis, as well as the BCAB award for excellent news reporting for the same story. Before joining CKNW in Vancouver, She spent some time with Global Okanagan and CKPG in Prince George. Emily’s hobbies include cooking, travelling, reading and forcing herself to be active.

The Surrey District Parents Advisory Council is calling on the province to shift back to online learning in an effort to put a lid on COVID-19 transmission. Continue reading →

Indigenous leaders are calling for an open and transparent investigation into the fatal police shooting of a 28-year-old man on a reserve off Vancouver Island. Continue reading →

A Richmond mother said she feels ‘numb’ after receiving a racist email for creating a bursary for Black moms. Continue reading →

Advocates say people with Down syndrome are at significantly heightened risk of COVID-19, compounding the already dangerous challenges of living on the street. Continue reading →

14-year-old arrested in another attack on Mission B.C. school grounds

Cpl. Jason Raaflaub said a 14-year-old student from Heritage Park Middle School was arrested and has since been released pending an investigation. Continue reading →

The victim’s mother told Global News she believes the attack was targeted because her daughter is part of the LGBTQ2 community. Continue reading →

A Surrey woman is in search of a living kidney donor to save her life. She fears her daughter will end up in government care if her health continues to decline. Continue reading →

Officials said 99 of the 114 residents at the facility, and 70 staff, have tested positive for the virus. Continue reading →

Earl Marriott Secondary School in Surrey is reporting that affected individuals have been told to self-isolate. Continue reading →

A Mission school principal is asking parents to talk to their kids about COVID-19 after what he calls a heartbreaking talk with a young child who had contracted the virus. Continue reading →

There has been COVID-19 transmission linked to religious services, Fraser Health says

“The best way for religious organizations to protect their members right now is to gather virtually,” Lee said. Continue reading →

The church was fined $2,300 as all in-person services are currently suspended until at least Dec. 7. Continue reading →

Barry Neufeld has made headlines the past few years for what many describe as his controversial stance on issues relating to gender identity, transgender people, and SOGI 123. Continue reading →

So far, 30 people have tested positive after an outbreak at Capella Dance Academy. Continue reading →

Thirty people so far have tested positive for the virus at Capella Dance Academy, with the studio now voluntarily shut down. Continue reading →

RT @globalnewsto: Funeral preparations for Prince Philip are underway in the U.K., as that nation continues to mourn his death. @AntonyRoba…