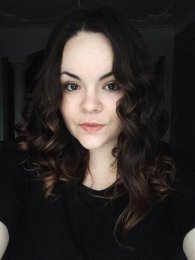 Kalina is an online producer at Global News in Montreal.

Born in Montreal, she first came to Global News by the way of CBC, where she worked for three years as an online journalist.

A graduate of Concordia University’s journalism program, Kalina is continuing her studies at the Université du Québec à Montréal in writing and editing.

She was previously with the Montreal Gazette and the Eastern Door. As a freelance reporter, editor and translator, Kalina has worked with publications in Canada and collaborated on international projects.

Have a story idea? Get in touch by emailing kalina.laframboise@globalnews.ca