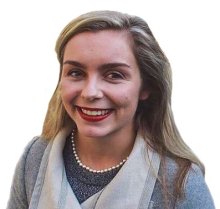 Diana was born and raised (mostly) in Vancouver, and had the good fortunate of living in a number of different countries during her childhood. She did her undergrad in geography at the University of British Columbia, then decided to pursue journalism more seriously, doing another bachelors degree at the University of King’s College in Halifax.

After graduating for the second time in May of 2017, Diana moved to Winnipeg and joined the team at CJOB a few months later. While she has experience in print and digital media, her real passion is radio for its unique storytelling capacity.

A true West Coast gal, Diana enjoys being outdoors, sports – both as a spectator and as a participant – and visiting new places. Her very basic Danish skills mean she can order a cinnamon bun in Copenhagen, but that’s about it.