An online travel guide has given Manitoba top honours as an emerging tourist destination, with Winnipeg earning high praise as well.

TravelLemming.com’s annual poll of trendy travel spots – as chosen by a panel of travel writers, bloggers, podcasters and more – gave Manitoba its 2019 Judges’ Award as a top ‘bucket list’ destination for travel enthusiasts.

This recognition comes on the heels of the province being recognized by travel source Lonely Planet as a Top 10 travel destination.

The province’s natural beauty was highlighted, with Churchill’s polar bears, the northern lights, and more named as high points.

Winnipeg was also lauded as “an undiscovered cultural centre, spilling over with a burgeoning culinary scene, modern museums, and boutique shops galore.”

Manitoba joins regions in Mexico, the Caribbean, and more as must-see travel destinations.

Winnipeg also received top marks from Airbnb as a travel destination, making the company’s list of 19 Destinations to Visit in 2019.

The list, which also includes Kaikoura, New Zealand and Normandy, France, is based on Airbnb’s search, booking and wish list growth data.

According to their numbers, Winnipeg has seen a 140 per cent year-over-year increase in Airbnb searches.

“In the top 19, globally Winnipeg is the only [Canadian] destination in that list,” Alex Dagg, director of public policy for Airbnb Canada said. “It’s beside a community in New Zealand, Xiamen in China, Normandy in France and Calabria, Italy. It’s in a really interesting list of quite fascinating global destinations it’s exciting to see Winnipeg showing up in that list.”

Dayna Spiring, President and CEO of Economic Development Winnipeg, says there are a number of factors contributing to the fact that Winnipeg is being seen on more of these lists.

“I don’t think it’s any one thing that’s changed Winnipeg’s perception I think it’s many, many things and we continue to have that momentum shift,” she said.

Tweet This Click to share quote on Twitter: "I don't think it's any one thing that's changed Winnipeg's perception I think it's many, many things and we continue to have that momentum shift," she said.

“In the last 20 years we’ve invested in our city. We’ve invested hundreds of millions of dollars whether it be in a new airport, the Canadian Museum for Human Rights, the Assiniboine Park and all those investments pay off. We have to continue to do that. When we stop investing we’re going to fall behind.”

Travel Manitoba has a goal of $2 billion for tourism revenue for the province by the year 2021.

To reach that milestone, President and CEO Colin Ferguson says they’re aiming to get $100 million in revenue increases annually.

“There’s a lot of people paying a lot of attention to Winnipeg. I expect across the board in Winnipeg and Manitoba we’re going to see some substantial increases.”

Ferguson says many tourists are coming from other parts of Canada, but there are a lot coming from outside North America.

“Our key ones are Great Britain, the UK, France, Germany, Australia, but our greatest growth area is China,” he said.

-With files from Amber McGuckin 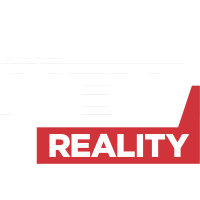