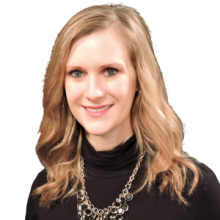 Roberta Bell is a Digital Broadcast Journalist with Global Regina.

Passionate about the role of journalism in society, she is always interested in hearing people’s untold stories and truly believes that everybody has something important to say.

Roberta cares deeply about social justice, especially as it pertains to Indigenous peoples in Canada and minority rights.

A graduate of the University of Toronto’s international relations program and Carleton University’s journalism school, Roberta began her career at a daily newspaper in south-central Ontario. It was there she came to appreciate the value of local news while covering city hall.

Before joining Global, she reported for the CBC — most recently from Edmonton. She was fortunate to have the opportunity to work on in-depth long-form broadcast and digital features under the guidance of some of Alberta’s top journalists. Her work alongside them earned regional and national recognition from the RTDNA.

Roberta and her family are excited to have the chance to explore Saskatchewan and learn more about the communities and cultures.

Reach her with ideas at roberta.bell@globalnews.ca or on Twitter: @roberta__bell.

01:48
Global News at 10 Regina
How newcomers to Saskatchewan are accessing COVID-19 vaccines

01:30
Global News at 10 Regina
Saskatchewan pharmacist says first vaccine dose kept her out of the hospital

01:56
Global News at 10 Regina
Saskatchewan faces uncertainty as battle over the future of Line 5 heats up

01:38
Global News at 10 Regina
Moving from high school to university sports during a pandemic

‘People are coming and going and dropping kids and young kids and bigger kids off at the schools and there are just so many safety concerns and issues around in that area.’

‘One thing that was missing and that I really want to know is: how are our total provincial emissions doing?’

Saskatchewan officials have said the province-wide mask mandate could end as early as July 11.

Breaking down barriers: How newcomers to Saskatchewan are accessing COVID-19 vaccines

Groups working with newcomers have partnered with the Saskatchewan Health Authority on COVID-19 vaccination clinics for their clients facing language and transportation barriers.

COVID-19: Saskatchewan pharmacist says first vaccine dose kept her out of the hospital

As of May 8, across the province, 263 people at least partially immunized for three weeks more had contracted COVID-19, according to the Ministry of Health.

Top executives from Switch Health, the company behind Canada’s COVID-19 border testing program, appeared before a meeting of Parliament’s health committee on Friday.

Saskatchewan says overnight summer camps for kids will be permitted, with COVID-19-related restrictions, under Step Two of the reopening roadmap.

The majority of people hospitalized with COVID-19 in Saskatchewan right now are unvaccinated, says the province’s premier.

Five employees who spoke with Global News said they acted as a Switch Health nurse or as a nurse assistant, but were not actually nurses.

Since the overdose prevention site in Regina’s soft launch last week, four people have already used it, according to Michael Parker of the Nēwo Yōtina Friendship Centre.

In Saskatchewan on Sunday, 116 new cases and one death were recorded.

Just after 5:30 p.m., officers responded to a report of a robbery near Preston Avenue North and 108th Street West, said the Saskatoon Police Service (SPS) in a press release.

AstraZeneca first-dose recipients in Saskatchewan should be eligible for a second dose next month, although the brand of COVID-19 vaccine they’ll receive remains unclear.

‘First of all, I think it has no bearing on what happens in Saskatchewan,’ Premier Moe said of a PHAC statement issued Friday about loosening COVID-19 restrictions.

Check out the latest lotto winner in Winnipeg! trib.al/ZRwYK8l

One expert worries that making an exception for a sports team could send the wrong message to the public. trib.al/Koxrz1u

The airstrikes were the first since a ceasefire brought an end to 11 days of fighting between Israel and Hamas last… twitter.com/i/web/status/1…