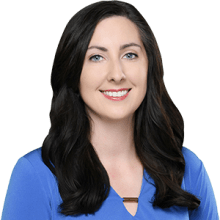 Ashley Field is a passionate storyteller, who loves all aspects of creating news for television: from the interviewing, to the writing, shooting and editing.

She joined the Global News Halifax Morning team in May 2019 as their on-the-go live reporter.

Prior to joining the team, Ashley worked at three different stations in Saskatchewan, where over the years she’s worn many different hats, including video journalist, anchor, sports reporter and producer.

Ashley went to the University of Manitoba for psychology, and then switched gears, attending the Creative Communications program at Red River College for journalism — both schools in Winnipeg, where she was born and raised.

Ashley enjoys a cup of coffee and a crossword puzzle, exploring new places and getting active and outdoors with her pup. If she ever switched careers, being a writer and comedian on SNL is her dream job — she thinks she’s pretty funny.