The Canadian Elite Basketball League is hoping to return to play later this summer with a multi-week tournament.

Specifics are still be worked out, however the CEBL says it is in discussions with Niagara area officials about the availability of the Meridian Centre in St. Catharines to host the tournament in July and August.

The CEBL had been scheduled to open its second season May 7 and hold its championship weekend in Edmonton from Aug. 14-16 before it announced its plan to pause the season due to the COVID-19 pandemic.

“We have been working closely with public health and government officials in developing numerous contingency plans, knowing that ultimately any actions we may take will be dictated by protocols they create to ensure the safety of players, coaches, venue staff and league officials,” said CEBL commissioner Mike Morreale.

“I would like to acknowledge the work of the Ontario Minister of Tourism, Culture and Sport, Lisa MacLeod, and her staff, as well as the City of St. Catharines with whom we have had positive discussions around potentially being the host site of a tournament. We are optimistic that our league will be a leader in returning pro sports to playing in Canada.”

READ MORE: ‘It was just amazing:’ A look back at the Raptors’ Finals victory 1 year later

The CEBL has seven franchises across the country, including teams in Hamilton, St. Catharines and Guelph.

“We appreciate the support of Edmonton Events, a strategic partnership between the City of Edmonton and Edmonton Tourism, and the Edmonton EXPO Centre and share their disappointment in the lost opportunity to hold Championship Weekend in Edmonton this year,” Morreale added. “We look forward to future hosting opportunities in Alberta’s capital in front of our incredible fans.” 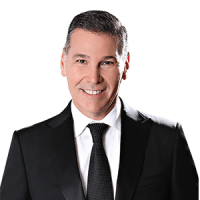