Municipalities and regional districts across B.C.’s south coast are closing popular outdoor hot spots ahead of the Easter long weekend to try and stop the spread of COVID-19.

Public health officials are pleading with the public to stay home as much as possible over the long weekend, as the province looks to lock-in progress on flattening the curve of infection.

People who do go out in public are being reminded to maintain two metres’ (six feet) distance from others.

The City of Vancouver has also closed Stanley Park to vehicle traffic, and has closed parking lots at a number of popular beaches.

The Stanley Park seawall has also been closed to bikes.

UPDATE: To enable physical distancing, the Stanley Park Seawall is now closed to bikes. The closure extends past English Bay to Hornby Street. We remind cyclists to use Stanley Park Dr. & Beach Ave which are closed to vehicles. Please ride safely. https://t.co/Wny3YJ9Ne5 pic.twitter.com/egihFRqFMj

Parking lots at Lynn Headwaters Regional Park and the Lower Seymour Conservation Reserve are also being closed over the weekend.

The City of Victoria is also closing several roads to make it easier for people to maintain physical distancing while outside.

The city says it is closing all primary roads within Beacon Hill Park to all but essential service vehicles during weekends. 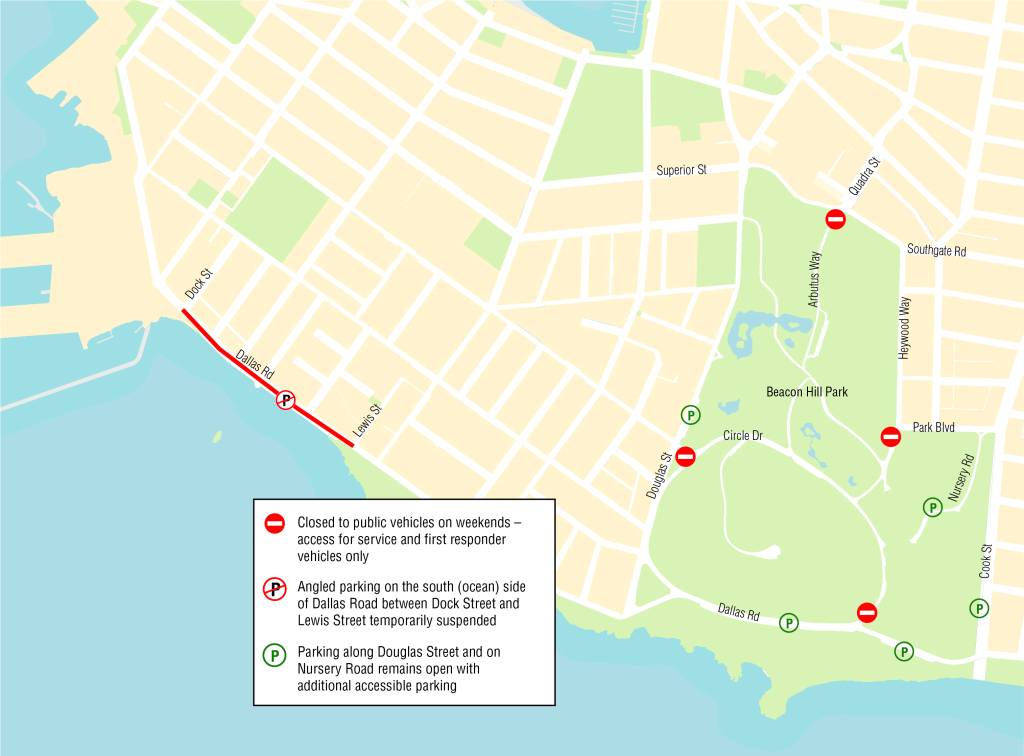 The city is also suspending parking over the long weekend near the multi-use pathway construction on Dallas Road between Dock and Lewis streets.

Capital Regional District and City of Victoria parks will remain open, but city staff will be patrolling to educate the public about maintaining physical distancing.

The City of White Rock has also closed its promenade effective Friday.

In March, White Rock closed its pier and waterfront parking lots to the public.

On Wednesday, the province announced it was closing all provincial parks due to the pandemic.