Scrambling home on international flights and paying thousands to find footing on Canadian soil again isn’t an ideal scenario for many expats who choose to live abroad during the coronavirus pandemic.

As some countries saw the spread of the virus weeks before cases were confirmed in Canada and are seemingly further along in flattening the curve, it feels safer to stay put, said Kevin Caners, who has lived in Berlin, Germany for six years.

Global News spoke to Caners, originally from Brockville, Ont., more than a month ago about whether he planned to come home due to the outbreak.

READ MORE: Trapped in their hostel room for 23 hours a day, Canadians in Peru desperate to come home

At the time, Canada had fewer than 70 cases, while Germany had close to 400. Caners expressed then that he’d hoped the situation would improve in Europe and he didn’t feel compelled to return to Canada.

Now, with Canada having more than 20,000 cases and 500 deaths due to COVID-19, Caners is doubling down on his plan to remain in Germany and is unsure whether a planned visit to Ontario in June is possible.

“I can see why a lot of people would want to go home,” said Caners, 34. “But for me it didn’t really seriously cross my mind, because it sounded very stressful to go back to Canada.

“I didn’t think there’s anything [in Canada] that would make weathering this storm any easier that it would be weathering it here,” he said.

Moving back home would mean moving back in with his parents, having to find a new job and living in quarantine for the first 14 days, he said.

“My life is so set up here…and we are a bit further ahead, it had hit us strongly before it hit Canada,” he said.

“So it felt a bit safer here because things were already in flux, and my whole support system is here…I have a safe place to live. I feel it was safer and more comfortable to stay here.”

For those who just moved abroad and don’t have a support system or steady employment, coming home to Canada would be more pertinent, he said.

As of April 8, there are more than 370,000 Canadians who have signed up for the Registration of Canadians Abroad service provided by Global Affairs Canada. Signing up doesn’t mean you require services to come back to Canada, they said in an email.

Currently, the daily total of new coronavirus cases has dropped in Germany from around 7,000 to an average of 4,000 and the country has had lower death tolls than Britain, France, Spain and Italy, according to the New York Times.

With Austria looking to ease restrictions, Caners says Germans are starting to see the “light at the end of the tunnel,” and he would rather stay put in the hopes the same will happen in Berlin sooner than Canada.

Seeing that hope start to emerge in parts of Europe can be a cautious indication to Canadians that measures can have an impact and improve the scenario, he said.

“Canada will also get through it, it’s just a question of where and when things can go back to what we considered normal,” he said.

‘Allowed to start going out’ soon in Austria

The possibility of returning to some semblance of normalcy is one reason Leora Courtney-Wolfman is remaining in Vienna, Austria, where she has lived for the past seven years.

Austrian officials announced this week that restrictions would begin to loosen in the country, including shops and stores being allowed to re-open in the coming weeks.

A national lockdown was imposed in Austria on March 16, earlier than some other European counterparts.

“I feel even better about staying in Austria compared to Canada, because I think from what I’ve seen the country has been quite a leader as far as how to contain things, and how to deal with things overall and just controlling the spread,” said Courtney-Wolfman, who works as a demographic researcher.

Measures to keep everyone at home appear to be stricter in Austria, allowing her some comfort that the country’s on the right track, she said.

In Vienna she also has job security, which she doesn’t want to abandon to return to Canada, she said. More than a million are now unemployed across the country, Statistics Canada announced on April 9.

Wrangling a flight and risking an airport trip, along with a 14-day quarantine upon return, also didn’t seem ideal, said Courtney-Wolfman.

“Trying to get a flight or paying for it, even with the loans, it seems incredible stressful,” she said.

Living in Vienna has allowed her to be in “probably one of the best, least stressful, more certain positions, she said. That would change if she had any more vulnerable family members who may need care in Canada, which would be a good reason to return home, she said.

After being under a long period of lockdown, she says that while it’s tough to stay home for two months, following the rules can lead to tentative success, she said.

“My suggestion is if you can stay home, stay home, which is easier said than done,” she said. “But we’re going to be allowed to start going out and doing stuff.”

Staying to help on the frontlines

Canadian Alexis Rancier decided to stay in the United Kingdom as the country saw their cases spike to now more than 65,000 along with over 7,000 deaths.

But her reasons for remaining aren’t because the country is ahead of the curve when it comes to tackling the virus. She feels a duty to stick around due to her role as an occupational therapist at Addenbrooke’s Hospital in Cambridge. 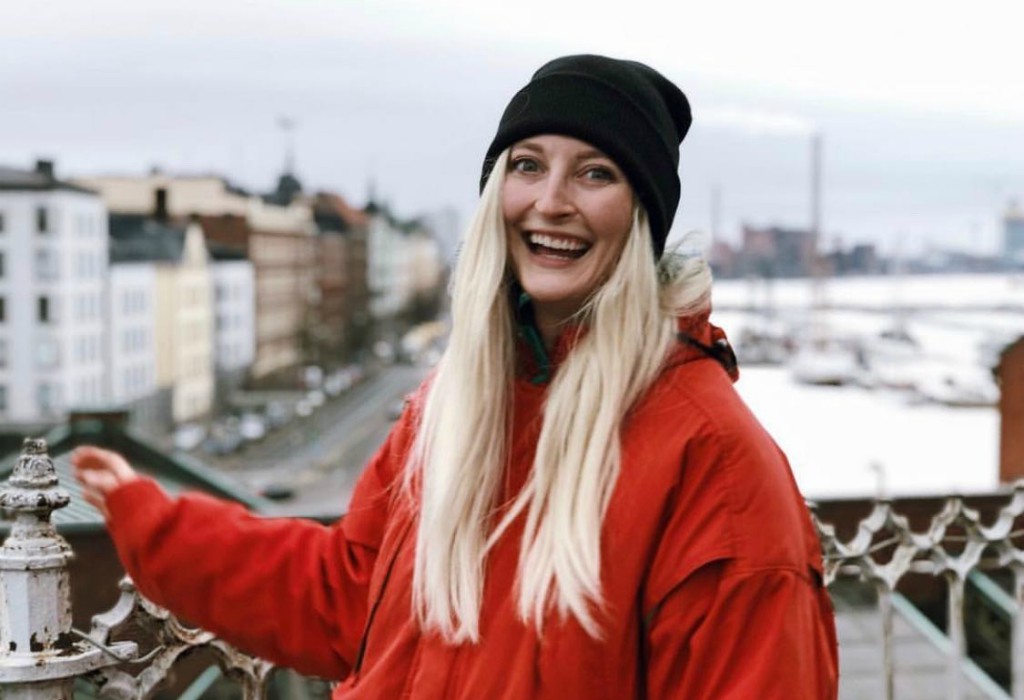 Alexis Rancier is staying in the U.K. to work in a hospital.

“I am one of the essential workers on the front line,” she said. “I have to discharge a whole bunch of people to make sure that we have enough beds for people who actually have COVID-19…so I decided to stay.”

Now cases have exploded and British Prime Minister Boris Johnson remains in hospital after being diagnosed with COVID-19.

Rancier says she loves England, but misses her family. She felt a duty to stay at the hospital and help where she can as the country continues to battle the impact of the virus, she explained.

If she wasn’t an essential worker, she would have come home to Canada, she said.

Looking at home from across the pond, she said Canada is tackling the virus more efficiently than the U.K.

“Everyone went on lockdown sooner than the U.K. did, which I think made a big impact…you guys are handling it way better over there,” she said.

Many in England are flouting social distancing rules and Canadians seem to be listening to officials a little better, she said.

Knowing she can come back to Canada any time has been comforting and currently she feels safe at the hospital she works at, she added.

“Going home can be an option if I do absolutely feel that I’m not coping,” she said.

— With files from Katherine Aylesworth

Questions about COVID-19? Here are some things you need to know:

Health officials caution against all international travel. Returning travellers are legally obligated to self-isolate for 14 days, beginning March 26, in case they develop symptoms and to prevent spreading the virus to others. Some provinces and territories have also implemented additional recommendations or enforcement measures to ensure those returning to the area self-isolate.

Symptoms can include fever, cough and difficulty breathing — very similar to a cold or flu. Some people can develop a more severe illness. People most at risk of this include older adults and people with severe chronic medical conditions like heart, lung or kidney disease. If you develop symptoms, contact public health authorities.

To prevent the virus from spreading, experts recommend frequent handwashing and coughing into your sleeve. They also recommend minimizing contact with others, staying home as much as possible and maintaining a distance of two metres from other people if you go out.