Toronto’s affordability crisis: How residents are being forced out of the city they love

As of the start of 2020, the average salary needed to live in downtown Toronto as a renter reached $55,000 a year, according to a report.

Have dreams of owning a home? Well, you’ll need to make more — much more.

The data, which was published by LowestRates.ca, said one would need to make close to $100,000 a year in order to buy a home, and that still doesn’t include costs such as daycare, travel, school or loans.

Because of these expenses, the financial squeeze to stay in Toronto has begun to affect even those who consider themselves “well off.”

Global News spoke with multiple residents who believe they fit into the “middle class” or “upper-middle class” model and think the cost of being a downtown dweller is becoming too much to bear.

You can’t have it all 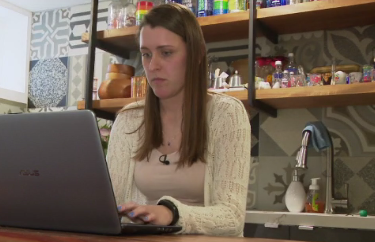 York University student Andrea Brown planned to graduate school and to continue calling Toronto home, but as that date nears she said isn’t sure that will be possible.

In May, she will face more than $40,000 of looming loans. Tack that figure onto the cost of public transit, food and bills, and Brown said it becomes a stretch.

“I love Toronto. It’s a great city,” she said. “Everyone wants to live here of course (because) it’s awesome, but that means it’s very expensive to live here.”

Even with her parents’ help (they charge her $700/month to live in a basement bachelor suite) and a promising job, as a French teacher, after graduation, Brown said she won’t be able to save what she needs.

“Owning real estate in Toronto — that is the dream, but I just don’t think that it’s a dream that [can be] a reality. I would be in debt forever,” she explained.

So post-graduation Brown said she will be taking her skills and leaving the city she loves for a more affordable place to call home.

“I’m thinking of moving to Guelph. It’s only an hour-and-a-half from Toronto,” Brown said.

“Houses there are definitely half of what they are here. It’s just more realistic.”

Financial expert Rubina Amhed-Haq said leaving Toronto may be an unpopular choice, but it’s one she said she commends.

“I think a lot of people are looking at their parents who, years ago, bought a Scarborough bungalow for say $80,000 and are wondering why they can’t purchase one for even three times that now. That’s why places like the 905 are becoming so popular. It’s more cost-effective,” Ahmed-Haq said.

Leaving for greener (and cheaper) pastures 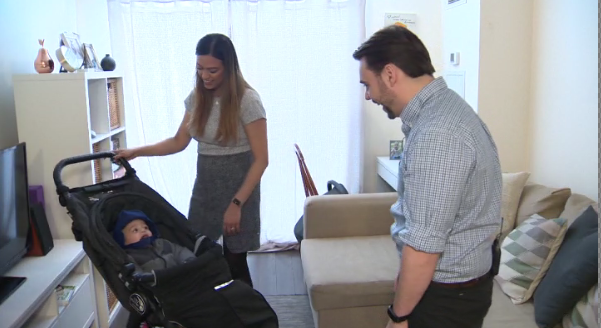 For Anum (30) and James Rubec (33), turning to the 905 is a decision they are now facing, directing their house hunt towards Mississauga after calling the Junction Triangle home for six years.

“We love it so much. Leaving all of the amazing things here makes us so sad,” Anum told Global News.

“We spent the last year trying to buy downtown, but realized eventually we would have to move again due to space. Mississauga has bigger homes and we need that for the future.”

The couple, who share their one-bedroom-plus-den unit with their 14-month-old son, Zak, also pointed at the “crazy” costs of downtown daycare as part of their decision to leave.

“When we started doing daycare visits, we were shocked when they told us the prices. We pay $2,700 a month. As you can imagine, it greatly affects our budget,” said the first-time mother. That’s $900 more than the pair pay in rent.

Overall, Toronto has the highest childcare fees in the country. The Rubecs said they shell out more than $30,000 a year.

“We have great jobs. We are in an extremely fortunate position, actually preparing to buy a house,” said James.

“(But) our daycare costs are essentially a mortgage … Everything is adding up into multiple thousands of dollars for every little life instance that we need to support our family.

“It’s hard when you see what you have in your wallet at the end of each month.”

Anum said she feels the same.

“We should be able to afford safe childcare, a house and a life, but unfortunately nowadays it means we have to leave.”

The future of Toronto’s ‘middle class’

The sentiment of residents being forced to choose between living beyond their means or leaving a home they love is one that greatly concerns Toronto’s mayor.

“We don’t want a city that only consists of people who are very comfortable and who are very struggling,” said John Tory in a sit-down interview with Global News.

But part of the problem, according to experts, becomes defining what it really means to be middle class.

“Anyone making from $30,000 to almost $200,000 a year might consider themselves in the middle,” University of Calgary political science professor Melanee Thomas told Global News in October.

READ MORE: Who is in Canada’s middle class, and why some experts hate the term

Meanwhile, the Organisation for Economic Co-operation and Development said anyone making between 75 per cent and 200 per cent of the median national income is in the “middle class.”

However, those salaries are nowhere near what is needed to live and buy property in downtown Toronto.

Since he took office in 2014, Tory said the issue he hears about the most has shifted from transit to housing and affordability instead.

“The challenge is to address that concern in a very practical way by increasing the supply of affordable housing and thinking outside the box and doing it in many different ways, which we are trying to do.”

And while the mayor said City of Toronto initiatives such as “Housing Now” will work to keep rental costs more affordable for the “middle class,” it will only apply to a portion of that class and still won’t help them into ownership.

As for other rising costs, such as daycare, Tory isn’t shy about turning to other levels of government.

“We had a cutback this year in the childcare funding that came from the provincial government,” said Tory.

“My number one ask from the provincial government for their budget for this year has been to restore that childcare funding. Don’t cut childcare — it’s the wrong place to cut.”

In Ontario, the childcare tax credit supports families with incomes up to $150,000. According to Toronto’s subsidy calculator, if you make more than $102,000 per year, your family doesn’t qualify for municipal aid.

“It’s become this exciting, dynamic city. If you look at where it ranks on every list in the world we are in the top 10 of everything — that brings everyone here and pushes the prices up,” he said. 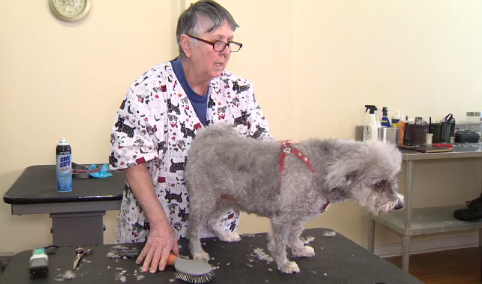 But for those who have spent their lives in Toronto, the rising costs can be crippling.

Diane Cole, a 78-year-old Scarborough small business owner, said she wants to retire but can’t due to rising rental rates.

“I am renting a three-bedroom house and it is $3,000 a month plus utilities,” said the dog groomer.

“Between that and car expenses, house insurance, car insurance, shop expenses, business expenses … there sure isn’t much left.”

“I have been here four years and each year my rent has gone up, up and up,” she explained, noting the rising rate means sometimes having to work seven days a week.

“There are thousands of us that are now seniors that just have government pension and no private plan, no investments, we are stuck.”

Cole explained she has also considered selling her Scarborough-based business and moving outside the city towards Peterborough, but fears it may be too late with house prices rising there as well.

“You can’t get anything for less than $400,000 anymore,” Cole said, adding she’s concerned she may have missed her window and upset that she even has to consider another city.

Why is Toronto housing so expensive?

From foreign investments to access to goods and services, there is no doubt Toronto’s popularity has been on the rise, making it a housing hotbed.

In early February, the Toronto Regional Real Estate board (TREB) revealed the average selling price of condo in the city hit almost $700,000 ($679,182)

And in mid-February TD Economics warned the GTA’s “affordability is now the poorest it’s been since the frenzied days of 2017.”

Experts said one of the reasons is supply and demand. Gone are the days where condos were an affordable option.

“What we have seen in the last 20 to 30 years is that the inventory of homes has been very low, especially in the new home market side. Now, it has extended to the condo side as well,” said Dana Senagana, a senior specialist of market insight for the Canada Mortgage and Housing Corporation (CMHC).

“From a middle-class perspective, we’ve always said condos are your options but now the average price of a condo is more than $640,000 and a pre-construction unit is about $100,000 more than that. Those are definitely not your typical entry-level prices.”

Senagana also explained many buyers are now up against investors.

“An investor buying a condo will be able to bid up the price and people get stuck.”

If you are waiting for those numbers to ease up, that might be wishful thinking.

According to TREB’s 2020 Outlook, unless we see a significant increase in supply, it’s highly unlikely prices will go down. It forecasts an almost 10 per cent increase over last year with the average cost of buying a property in the city skyrocketing to $900,000, up from 2019’s $819,319.

The same problem applies to rentals.

According to rentals.ca, the average price of leasing a one-bedroom unit at the beginning of 2020 skyrocketed to more than $2,300 a month. The national average is closer to $1,300 a month.

The latest housing market outlook data from CMHC predicted Toronto’s vacancy rate would drop to 1.2 per cent in 2020 from 1.5 per cent.

“We have a big supply challenge in rental. We don’t have the supply of purpose-built rental completions. There isn’t enough supply in the market and so that again is another challenge in terms of affordability,” said Senagana.

There is, however, an upside, she says.

“It’s a reflection of prosperity. While it is challenging, it speaks to Toronto being the engine of the overall growth.”

And Amed-Haq agreed with that assessment.

“We boast that we are the economic hub of Canada and that we are comparable to say New York and London — well, look at their housing prices.”

Home is where the higher price is 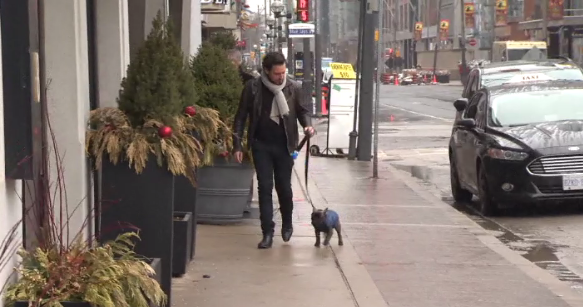 But David Royal, a 33-year-old model agent who owns a condo near the Rogers Centre and has experience with other world-class markets, said he thinks Toronto’s affordability issue doesn’t just sit squarely on housing.

“Dollar-for-dollar … whether it be groceries, clothing, or cost of going out, one-for-one, it’s a lower value,” he said, referring to the difference in costs between Toronto and Paris, France, where he lived for five years before moving home.

“I found since moving back to Toronto, when I go out, I have to spend more.”

For example, Royal said his former employer paid 50 per cent of his monthly transit pass. So in the end, his total payment was approximately $45.

It’s a difference Royal said doesn’t add up given what he called a lack of transit access here.

And while he admitted rentals and housing are also in short supply in Paris, he said he still thinks you get more bang for your buck there, in that department, too.

“Being a property owner (in Toronto), I did rent out my condo for a couple of years and I was surprised how much I could get for it,” he said.

“In Europe, I rented … we had a two-bedroom apartment … for the price we were paying there, the number would have been at least $1,000 more in Toronto.

“If Toronto wants to maintain its status of being a world-class city, it really needs to focus on all of that.”