By David Friend The Canadian Press

Fans of SCTV were served a heaping dish of nostalgia on Sunday as cast members of the Canadian sketch comedy series gathered to share memories for an upcoming Netflix special.

Seemingly every popular character from the influential show – including Johnny La Rue, Alex Trebel and Edith Prickley – had a moment to shine during the three-hour live taping at Toronto’s Elgin Theatre. The conversation will be part of a larger production directed by Martin Scorsese for the streaming platform.

SCTV cast members Joe Flaherty, Eugene Levy, Andrea Martin, Martin Short and Catherine O’Hara sat before a backdrop of photographs from the series as they recalled how the scrappy idea for a comedy show began on Global TV with a tight budget of $7,000 an episode.

The show was recorded at the Global Edmonton studios, where photos of the cast still line the hallways, as well as in Toronto.

Other revealing moments included Dave Thomas and Rick Moranis reflecting on how seminal hosers Bob and Doug McKenzie were originally created as a way to inject more Canadian content into the series.

It wasn’t always certain that Moranis — who has largely stepped away from his acting career since the late 1990s to raise his children after his wife died — would show up at the SCTV reunion.

But he told the audience that he jumped at the chance to get together with old friends.

READ MORE: Rick Moranis, Dave Thomas are back for a Bob and Doug McKenzie reunion

SCTV ran from 1976 to 1984 and helped launch the careers of many famed international comic legends, including the late John Candy and Harold Ramis, who were both honoured during the taping. 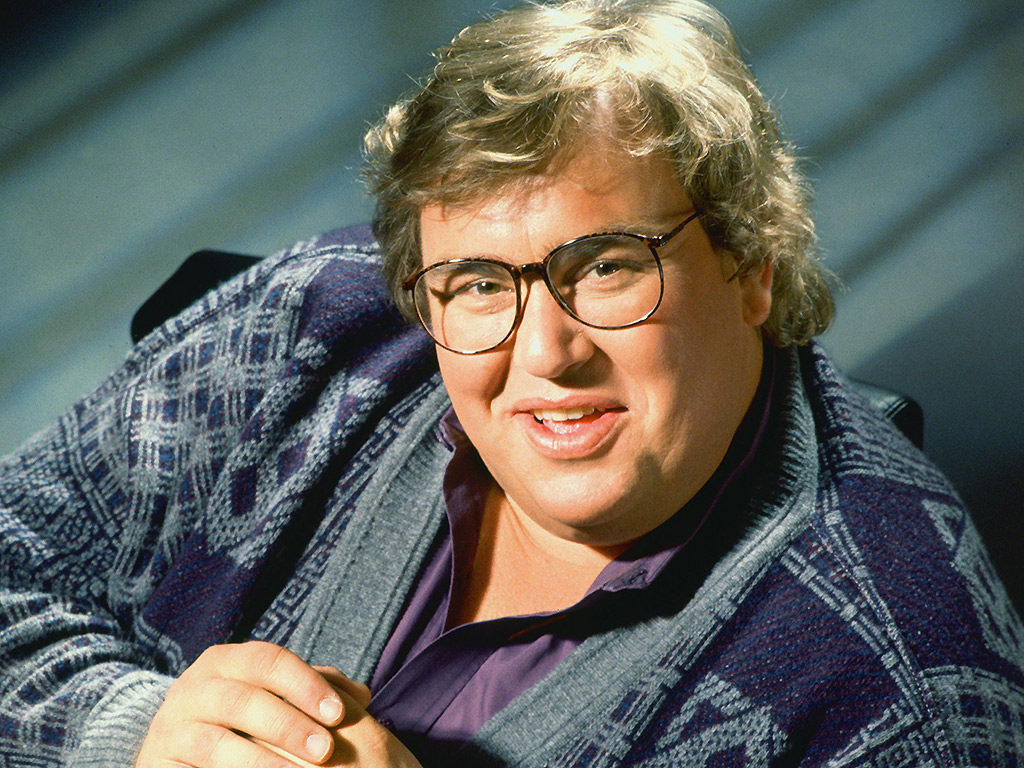 Late-night TV host Jimmy Kimmel, who served as moderator for the event, was quick to share how much of an impact SCTV had on his own comedic sensibilities as a teenager growing up in Las Vegas. The series aired on U.S. network NBC during its later seasons.

“This show is the reason we’re not building a wall with the northern border,” he quipped at one point.

Kimmel told the audience he beat out all the other major late-night TV hosts for the moderator gig, coming in ahead of Conan O’Brien in a “to the wire” decision.

Costume designer Juul Haalmeyer said he was taking his own trip down memory lane as he watched the reunion from the audience. He dressed the SCTV cast as their distinctive characters throughout the show’s run.

“Some of these clips I haven’t ever seen,” he said during a break in the taping.

Haalmeyer occasionally starred in skits, including Perry Como: Still Alive, where he played the leader of the Juul Haalmeyer Dancers, despite his lack of professional dance experience.

“Every time they needed a bad singer, bad dancer or bad actor, they’d say, ‘Get that (guy) from over there,'” he said.

“It worked for the purposes of the show.”

Extended family of the stars were also in attendance, such as Eugene Levy’s son Dan and John Candy’s wife Rosemary Hobor and their two children, Jennifer and Christopher Candy.

Longtime viewer Kim Piche scored a ticket shortly before the taping from a friend, and said this offered a rare opportunity to revisit a program she felt rivalled Saturday Night Live in quality.

“They played it safe on ‘Saturday Night Live,'” Piche said. “I think that SCTV went above and beyond.”

Mary Dempster came to the taping to reminisce about growing up with SCTV, which she watched with her father as a child.

“Forget the cartoons,” she said. “Just go straight to the comedy.”

Netflix hasn’t announced a release date for the SCTV special, but said it will air on Netflix in all territories, with the exception of Canada, where it will premiere exclusively on CTV.

Following CTV’s airing, the special will be available exclusively on Netflix in Canada and worldwide.