“I’d been a widow for four years and I was lonely.”

Several years after the death of her husband, Barbara was ready to find love again. At the age of 76 she decided to leap into the online dating world in search of a soul mate. She connected with one online user who stole her heart–and her money.

Barbara, who wished to have her last name remain anonymous, met the man she developed deep feelings for on Christian Mingle, a popular faith-based dating website. The man, who went by the name “David Winters,” claimed to be a German engineer working on an oil rig project in the Gulf of Mexico.

“He told me that he was a widower,” says Barbara. “His wife had died three years ago. He had nursed her until she died. He had a daughter who was killed in a motor vehicle accident in her mid-twenties and he had a 10-year-old granddaughter who he was supporting.”

From the very start, David showcased his interest in Barbara by sending her text messages and having flowers delivered to her home. They spoke over the phone and exchanged about 100 romantic emails a day.

“He sent me pictures of himself. He spoke very lovingly about his wife,” she says.

He also sent her photos of his oil rig project. But a Global News investigation linked those photos to an oil rig site in Argentina.

Barbara says she was so happy that she thought she had “died and gone to heaven.”

“He led me down that garden path that this was all real and it wasn’t.”

Barbara was deeply in love. That’s when the scammer made his move and started asking for money. She eventually was swindled out of $300,000. It started out with $18,000 and quickly added up.

David claimed he needed the money for equipment to fund his oil business. He promised to pay her back and said he was planning to come to Vancouver so they could start a future together. He even sent her a link to his bank account, stating that $3.5 million would be available to him once the project was complete. However, once she transferred the money, David’s plans suddenly changed.

“I got a call that a very important piece of equipment drill had broken and because the drill had broken, all plans for coming to Vancouver had to be put on hold,” says Barbara.

She admits she was naive and believed other people on Christian Mingle would be honest and kind. She is a devout Christian herself and never thought she would meet a con artist on the website.

How Barbara found out

A friend of Barbara’s became suspicious and found a website where countless women had posted stories about oil rig scams that were identical to David’s story.

Barbara says her world fell apart. She went to the RCMP the next day.

“This was a real person to me. The things he said were real. The pictures were real. I understand that I could have been dealing with two or three different people. But the person I talked to four or five, up to ten times a day, the voice was always the same, very real. “ 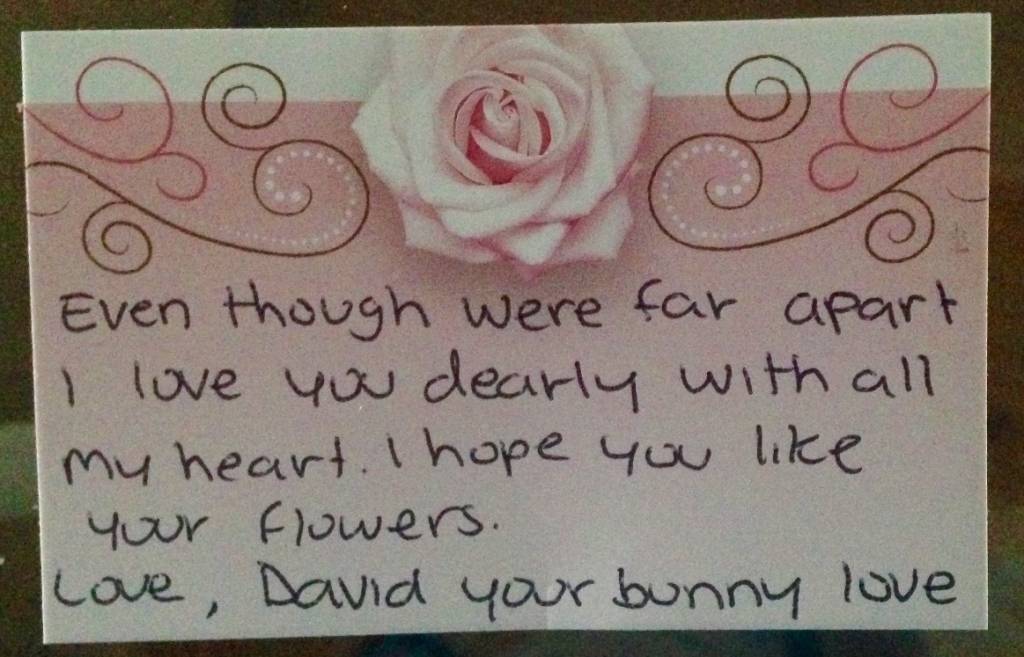 She’s now grieving an emotional loss and also trying to figure out what to do about her expenses. She may have to sell her condo.

“Your emotions will override a lot of your logic,” says Cpl. Richard De Jong with the North Vancouver RCMP. “Unfortunately these people know how to play on your emotions and for seniors, sometimes it just gets the best of them and they will give money to someone that they really don’t know.”

According to the RCMP, these types of scams are typically international, and many are linked to Eastern Europe and Nigeria.

Psychologists say it’s important for adult children to have conversations with their elderly parents about online dating.

“About 15 to 20 per cent of single seniors are online dating” says Dr. Patrick Myers, a registered psychologist with the B.C. Psychological Association.

“It is a very large number of people and that’s where it’s a good idea to help mom or dad. A lot of seniors are not quite as Internet savvy as some of the younger people are.”

Myers says online dating can be beneficial as long as people go into it with their eyes open.

He advises people meet their potential love interests for a safe coffee date in a public place, before escalating the relationship.

Canadians scammed out of millions in romance scams

Barbara is just one of thousands in Canada cheated by online scammers. Canadians were scammed out of almost $14 million through online romance scams in 2014, according to the Canadian Anti-Fraud Centre (CAFC). Those numbers are expected to be even higher because many cases go unreported.

Victims have lost more than $66 million since 2010. Women in their 50s and 60s make up the majority of targets.

As for Christian Mingle, they notify its members never to send or ask other members for money. It may be too late for Barbara, but she found the courage to tell her story so others won’t have the same story to tell.

“I just hope people or women will hear my story and say ‘I remember seeing a story on Global about this’,” she says.

“I never thought to question and I was thinking with my heart not my head.”