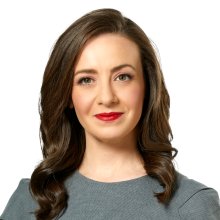 Tracy Nagai’s career as a television producer and reporter first began seven years ago in Calgary, after graduating in 2005 from the broadcast program at Mount Royal College.

Eager to get away from the desk and out in to the frontlines with a camera, she accepted a position in northern British Columbia in Chetwynd, eventually making stops in Dawson Creek,  Edmonton and Lethbridge.

In April 2009 Tracy was recruited to the Global Calgary news team as a reporter and producer and has been reporting on issues and events that concern people across the province.