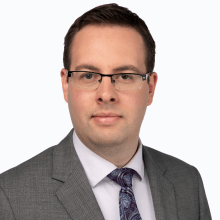 Born and raised in Calgary, Michael King joined Global Calgary as a digital journalist in June 2018.

Graduating from the Southern Alberta Institute of Technology’s Broadcast News program with honours, he started out in radio as an anchor and reporter before making the move to television.

He focuses on reporting stories that affect the community, covering a wide range of topics including politics, court, sports and issues-based stories.

Michael has a background in sales and management, working with Canada’s largest telecom providers before going back to school for broadcasting.

In his spare time, he enjoys following some of the more obscure sports such as darts, cycling and curling. His days off are spent cooking, barbecuing and taking day trips to B.C.