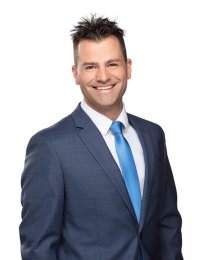 Jamie Tawil is a seasoned broadcast journalist who has spent the majority of his career inside the news booth of radio stations in Canada and abroad.

A graduate of broadcast journalism at Loyalist College in Belleville, Ont., Jamie got his start in 2005 as an afternoon anchor at CHYR FM in Leamington, Ont., where he also worked as a beat reporter for the Detroit Red Wings of the NHL.

In 2007, Jamie landed in Toronto to anchor and report news in Canada’s largest market. He was also part of AM 640’s NHL broadcast team, working as a rink-side reporter for the Toronto Maple Leafs.

In 2012, Jamie decided to head south, accepting a position as an anchor and reporter for Radio Cayman, that country’s national radio service. Within four years, though, Jamie was back in Toronto working as a morning news anchor for Global News Radio 640 Toronto.

Winning the award for top television graduate at Loyalist, Jamie always knew he would wind up in TV news. And in 2020, in the middle of a global health pandemic, he made the move from Toronto to Kelowna to join the team at Global Okanagan.

In his spare time, Jamie likes to stay active. He is a certified Level-1 crossfit coach and enjoys skiing, scuba diving, cooking or just chilling with his cat, Veruca Salt.

RT @globalnewsto: As the lines of work-life balance are blurred while many people #workfromhome during the pandemic, the Minister of Labour…