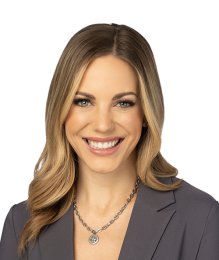 Born and raised in Moose Jaw, Sask., Ciara started working as an on-air radio personality as soon as she graduated high school. A year later, she moved to Kelowna to pursue her radio career.

In 2016 she was accepted into the British Columbia Institute of Technology to study broadcast journalism, chasing her dream of becoming a journalist.

She completed her internships with the WHL Moose Jaw Warriors and ET Canada after graduating from the BCIT program in June 2018.