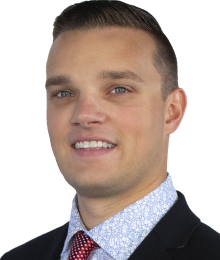 After attending the University of Saskatchewan, Brady Ratzlaff headed to Calgary where he graduated from Mount Royal University’s broadcasting program.

Brady completed his practicum at Global Saskatoon in the fall of 2015 before accepting a job at Moose FM in Fort St. John as a sports reporter and anchor. A standout moment from his time in B.C was colour commentating the World Under-17 Hockey Challenge.

In March 2018, he travelled down the Alaska Highway to Grande Prairie where he took on the role of reporter and anchor for two radio stations at EverythingGP.

Brady is thrilled to be back in his home province and working as a digital broadcast journalist with Global Saskatoon.

When he is not pursuing stories, you can find him cheering on a number of his favorite teams including the Roughriders, Calgary Flames and New Orleans Saints. He enjoys the company of friends and family and loves being active or as he puts it, “whatever keeps me from being bored.”