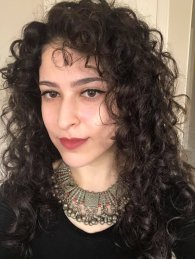 Aya Al-Hakim joined the Global News team in May 2019.

Aya is a first-generation immigrant, born in Baghdad, Iraq and raised in Amman, Jordan. She immigrated to Halifax, Nova Scotia in 2010 to pursue a better life. She graduated from the University of King’s College with an honours degree in journalism.

For two years, Aya worked as a reporter/editor for CBC Nova Scotia, where she developed a keen interest in women’s issues, refugee/immigrant stories and the arts.

When not in the newsroom you can find Aya reading a historical romance book and begging her cat to come sit on her lap.

00:30
News
Dayne’s nephew running away from the tear gas

01:38
Global News at 6 Halifax
Going skydiving with the SkyHawks

The commissioners discussed the terms of references, which included budget, committee’s role, membership and the final report. Continue reading →

Crime
March 8, 2021 11:24 am
Window of home fired through as police in N.S. investigate separate shooting incidents

Anyone with information is asked to contact the RCMP. Continue reading →

A 62-year-old man who was the sole occupant of the all-terrain vehicle was found in the water near the scene of the crash. Continue reading →

As of March 4, 38,676 doses of COVID-19 vaccine have been administered. Continue reading →

Mass testing clinics have been set up to help determine if there has been any further spread in the area. Continue reading →

Many restrictions that came into effect on Feb. 27 will end Friday, March 5 at 8 a.m. Continue reading →

Public health said two cases are in Central Zone and the other case is in Northern Zone. Continue reading →

There have been 28 deaths. Three patients are hospitalized and two are in intensive care. Continue reading →

Police said that on Feb. 25, they responded to a complaint of an assault with a weapon at a home on Cedar Road at 5 a.m.  Continue reading →

“If systematic racism is the problem, anti-racism seem to be the cure.” Continue reading →

Classified of Enfield, N.S., whose real name is Luke Boyd, leads the pack with eight nominations, while Rose Cousins, who lives in Halifax, leads with six. Continue reading →

Health
March 2, 2021 5:00 am
Why a Halifax psychologist says more guidance is needed for Canadian parents as COVID drags on

Health care workers and volunteers were flat out over the weekend, swabbing more than 25,000 Nova Scotians after a push urging those without symptoms to get tested. Continue reading →

Police said they’ll continue to search for the suspect and do not believe that this was a random incident. Continue reading →

The certificate is similar to the vaccine passports being developed by the European Union and already introduced by… twitter.com/i/web/status/1…

“Ladies and gentlemen, this is a real flooding situation we have not seen in a long time," the Maui County mayor sa… twitter.com/i/web/status/1…

The appointments came as New York lawmakers were privately debating whether to join calls for Cuomo to resign, or u… twitter.com/i/web/status/1…