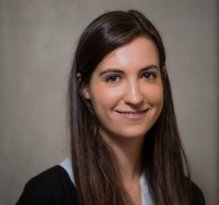 Aryn Strickland is a multi-media journalist with Global News Kingston. Born in Kingston, Aryn was raised in the United Arab Emirates where she developed a passion for news and covering stories about the world around her.

Aryn has a master’s in Journalism from the University of British Columbia and an English literature degree from the University of Toronto. She has previously worked as a reporter with the Wellington Advertiser, and her byline has appeared in The Guardian, Huffington Post Canada, The Tyee and Vancouver Magazine.

You can reach Aryn by email or on Twitter @ArynStrick.

Community Contributors are hand-picked by Global News to write about their area of expertise. Their views are their own and do not necessarily represent Global News. See more →