Following December’s snow event that saw nearly 26 centimetres of snow fall in Calgary over two days, according to Environment Canada, a pair of city councillors are proposing updates to the City of Calgary’s Snow and Ice Control (SNIC) policy.

Ward 6 Coun. Jeff Davison and Ward 1 Coun. Ward Sutherland are bringing the notice of motion to an upcoming priorities and finance committee meeting on Jan. 12.

Read more: Calgary blanketed in 40 cm of snow as winter storm blows through

Read next: A talk with Merck Mercuriadis, the Canadian spending billions on acquiring song catalogues

1:40 Calgarians support proposal to speed up plowing after major snowfalls

The proposed changes would remove barriers to more rapid responses from the city during heavy snowfall events.

Read next: Snowfall warnings issued for parts of southern Ontario as more wintery weather moves in

“Many Calgarians are rightfully upset with the city’s snow-clearing efforts following our last major snowfall,” Davison said in a release. “To hear that a bureaucratic technicality limited our snow response is unacceptable.”

If approved by council, the notice of motion would “give city administration authority and ability to declare a snow emergency to deploy additional resources on a city-wide basis during significant winter weather events,” with funds added to the SNIC reserves when needed. It would also direct administration to develop a “detailed criteria” for sending more plows into the streets for future significant snowfalls.

The motion also recognizes that “with climate change, more severe weather events are being experienced” since the SNIC policy was last updated in 2011. 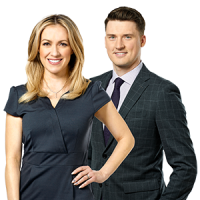