Controversial Stanley Park bike lane to be removed next weekend

The Vancouver Park Board is removing a controversial separated bike lane in Stanley Park next weekend.

In a Friday media release, the board said the designated lane was being taken out and that cyclists could return to using the seawall as of Saturday, Sept. 26.

Stanley Park Drive, which has been separated into a lane for vehicles and a lane for bikes since June 22, will be returned to two lanes of vehicle traffic, though cyclists will still be permitted to use the road as they were in the past.

The seawall was closed to bikes in April, in order to allow more room for pedestrians to physically distance during the COVID-19 pandemic.

The creation of a bike lane proved highly controversial, with businesses and advocates for seniors and people with disabilities arguing it reduced accessibility in the park.

Several dozen people turned out to a rally in the park last weekend calling for the roadway to be fully reopened.

The board maintains that 93 per cent of the roadway remained open to vehicles, that 70 per cent of parking remained available and that 10 new handicapped parking spaces were added.

Close to three-quarters of a million cyclists made use of the separated bike lane over the summer, Director of Planning and Park Development Dave Hutch said.

Stanley Park will be closed starting at 8 p.m. on Friday, Sept. 25 while crews remove cones and signage related to the separated lane.

When it reopens on Saturday, full access to the Stanley Park Causeway will be restored, except for a 700-metre section of Stanley Park Drive between Beach Avenue and Lagoon Drive that will remain closed to vehicles.

The park board says it will continue to collect data on road usage, and is also encouraging the public to fill out an online survey about park access, which closes on Sept. 20. 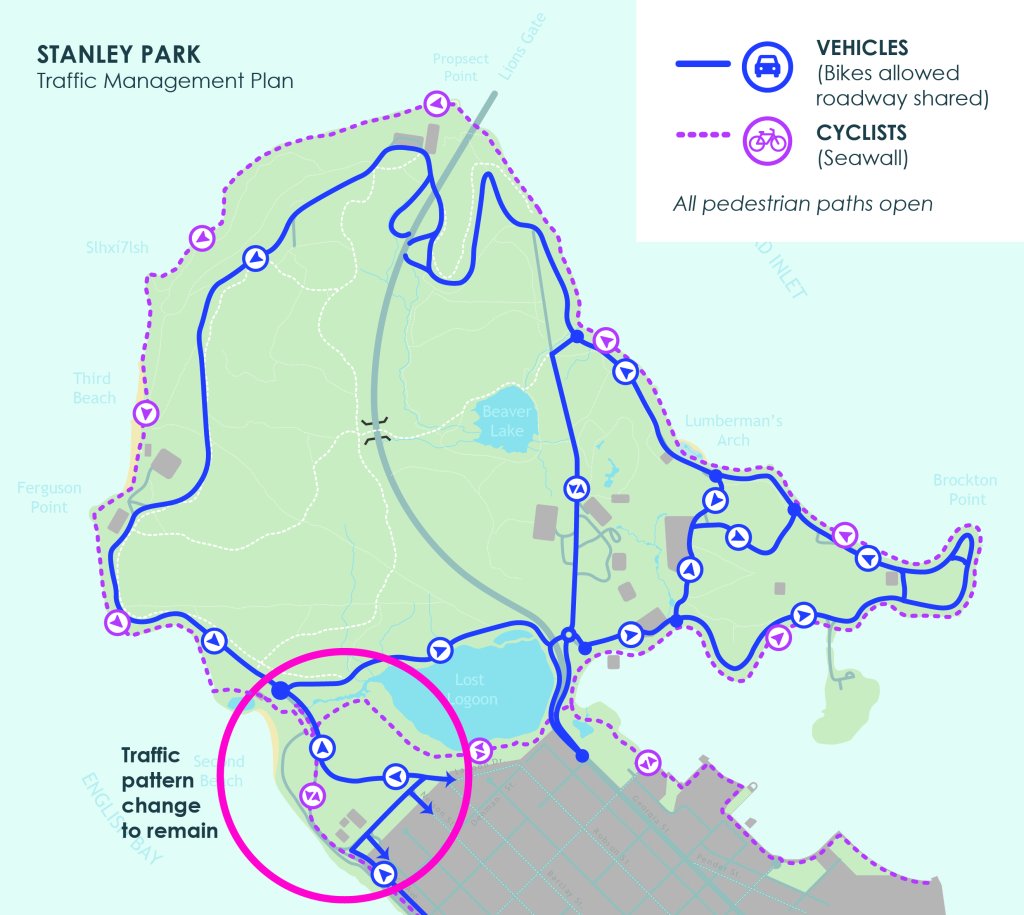