Bike thefts on the rise in south Edmonton

Police are urging Edmontonians to take steps to protect their wheels after a rash of bike thefts in south Edmonton.

Jasper McLean was one of the recent victims.

McLean only had his custom $2,000 BMX bike for a few months when it was stolen as he shopped for groceries earlier this month, leaving him without his main mode of transportation and recreation.

“I went in, probably for not even 20 minutes. I locked it up and right in front of the bike block, was a police car,” he explained, feeling the police presence would have made his bike safer from thieves. 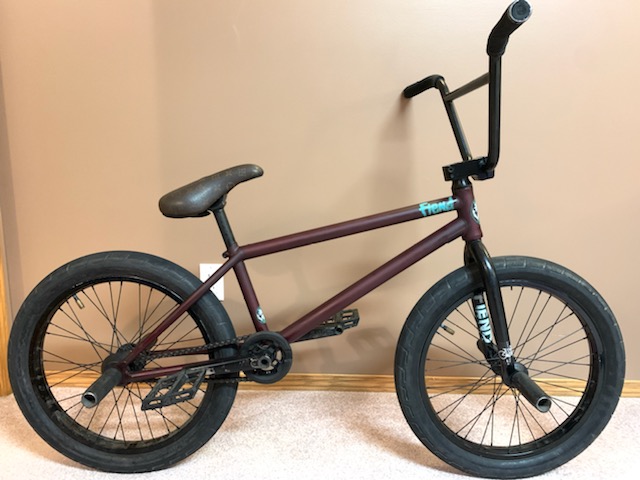 But when he came out of the Capilano Walmart, his bike was gone.

“I didn’t want to believe it. So I run over, the lock is on the ground, someone bolt-cutted it and dipped out,” McLean said.

“It was honestly just so heartbreaking. In my eyes, my bike is my everything.”

Police have issued a warning that bike thieves have been active in south Edmonton.

“A lot of times they end up being sold, either to a pawn shop or online. The other side is, yes, they are parted down,” Const. Kenny McKinnon explained.

He said it’s important for people to be proactive when it comes to their bicycles.

“You can get anything from GPS put onto your bikes, so if they’re ever stolen you can track them down physically, to really sturdy locks that you can’t just cut through with a pair of bolt cutters.”

Many people store their bikes in their garage, but even that might not always be enough.

According to police, this spring has seen what they’re calling “a dramatic increase” in detached garage break and enters compared to last year. One-hundred-sixty-four detached garages were broken into and 52 bikes were stolen during those incidents.

In southeast Edmonton, the number of break and enters to detached garages has remained relatively stable, but bike thefts have more than doubled. In about a two month time span, 33 bikes have been stolen in 2020 compared to 13 last year.

“It’s your own mode of transportation or getaway vehicle right there,” McKinnon said. “You’re able to hop on it or bike away with it, along with whatever else you had grabbed during that break and enter,” McKinnon said.

He said sometimes, the garages are locked – but perhaps not well enough.

“A lot of people lock it with just the regular knob that’s there for the garage. Those are generally very easy to defeat without a whole lot of noise or work – as opposed to locking your garage with a deadbolt,” he said.

“Registering your bike on Bike Index is going to be the best thing you can do. The reason being is it gives the police the ability to see that your bike has been stolen,” he explained.

“A lot of times we find bikes, we’re actually pretty good at recovering them, but we have no contact information for the actual registered owner.”

McKinnon said people should include photos of their bikes, their serial numbers and their phone numbers.

Liz Toth was told by police to sign up with Bike Index after her bike was stolen June 3 in the south Edmonton neighbourhood of Greenfield.

“Somebody actually came into the backyard, through my garage, went through myself, took the bike – and it was just gone,” Toth said. “I had absolutely noway of knowing where it was, how to get it back, nothing. I just knew it was gone.”

The experience made her feel violated. It was the second time in four years she had a bike stolen.

This time, she said it happened early in the morning, while she was getting ready for work. She was home, but didn’t hear anything as her bike was being stolen.

“I think it was bad before but it’s worse now. People not working have time to do this type of stuff, maybe looking for extra cash, I don’t know,” she sighed.

She wanted to make sure her neighbours knew about the thief in the community.

“It just said lock up your stuff, people are coming through garages and stealing bikes.”

Luckily, Toth’s bike was recently spotted and recovered. Now, she and her husband are taking additional security measures.

“The gate’s locked, the garage is locked, I turn off the power to the garage at night so they can’t get in through the overhead door.”

She’s happy to have her bicycle back, but hopes others can avoid the problem altogether.