Editor’s Note: An update posted to the City of Calgary’s website in late March indicated the shared electric scooter program will be delayed until further notice in response to the spread of novel coronavirus (COVID-19).

After a successful launch in Calgary in summer 2019, electric scooters will be returning to the city in the spring — but the City of Calgary has made some changes that will impact riders.

Both Lime and Bird set up shop in Calgary after the city launched a 16-month Shared Electric Scooters Pilot, which allowed third-party operators to set up shared e-scooters.

E-scooters were removed for the winter on Nov. 1, at which point the city turned its attention to Calgarians and sought feedback on how the pilot program could be improved.

“One of the benefits of running a pilot project is that we have some flexibility,” City of Calgary spokesperson Andrew Sedor said in a news release.

Following a series of public engagement events and the solicitation of online feedback, the City of Calgary has unveiled just what changes you’ll see to e-scooter usage in spring 2020 when they come out of hibernation.

“Calgarians provided feedback about e-scooters last year, and as a result, we are making some changes to see if we can address some of the most common concerns,” Sedor said.

What’s new for e-scooters in Calgary for 2020

In an effort to address public safety concerns and curb bad behaviour, the city has introduced a series of new fines, including:

More information on the fines can be found in the City of Calgary’s traffic bylaws.

Speeds will be lowered in special Slow Speed Zones

According to the City of Calgary’s website, the reduction in speed will be in areas where there is a higher concentration of sidewalk users.

When exiting the Slow Speed Zones, scooters will automatically readjust so riders can reach up to 20 kilometres per hour.

The City of Calgary says riders will have access to new Share & Go zones intended to be used as your go-to place to find an e-scooter — and the best spot to leave one after a ride.

“Share & Go Parking Zones help to ensure your shared e-scooter is not inhibiting other people using the sidewalk,” the city states on its website. “If no Share & Go parking zone is available, e-scooters can be parked upright on sidewalks in line with bike racks, trees or trash bins.”

The zones will be painted on the sidewalk or in repurposed Car2Go parking areas found throughout the downtown core and neighbouring communities.

More information on what these new zones will look like — and a map of where they will be located — is expected on the City of Calgary’s website in the spring.

Canadian e-scooter company Roll confirmed to Global News it will be launching in Calgary and Edmonton this year after a successful launch in Kelowna in 2019.

In an email, a company spokesperson confirmed Roll would bring 500 scooters to Calgary in April, then gradually increase its fleet during the summer.

The company will then launch in Edmonton in the summer.

According to Roll, their e-scooters will cost $1 for the first minute, and 35 cents for each minute after.

“After our launch, we will be providing helmets via our partner locations at no cost to our Rollers,” Arda Ertürk said. “They will also be able to request a helmet by filling out a form on our website.”

According to Ertürk, the company has identified that 70 per cent of e-scooter-related injuries occur in the first 10 minutes for first-time users.

As such, it has created a so-called “first-timer speed limit” keeping scooter speeds reduced the first time you ride in order to help you learn how to ride properly.

“We believe that this will prevent most of the first-time injuries,” Ertürk explained.

The City of Calgary said e-scooters will return to Calgary the first week of April, weather permitting, and Bird has confirmed it will be back for a second season.

In an email to Global News, Bird Canada said it will, indeed, be returning to Calgary on April 1 with about 1,000 scooters, compared to the 500 seen last summer.

As for the City of Calgary’s new rules, the company didn’t feel it would impede Bird’s operations, with CEO Stewart Lyons saying it will “further improve the rider experience and better integrate scooters into the city landscape.”

Lime will also be returning to Calgary this spring.

In an email to Global News, the company confirmed it will launch 1,000 scooters in Calgary on April 1 (weather permitting).

Lime scooters will offer new features this year, including “group ride” — which allows riders to unlock up to five electric scooters on the same host account — and LimePass, a weekly subscription that offers unlimited free scooter unlocks for seven consecutive days. 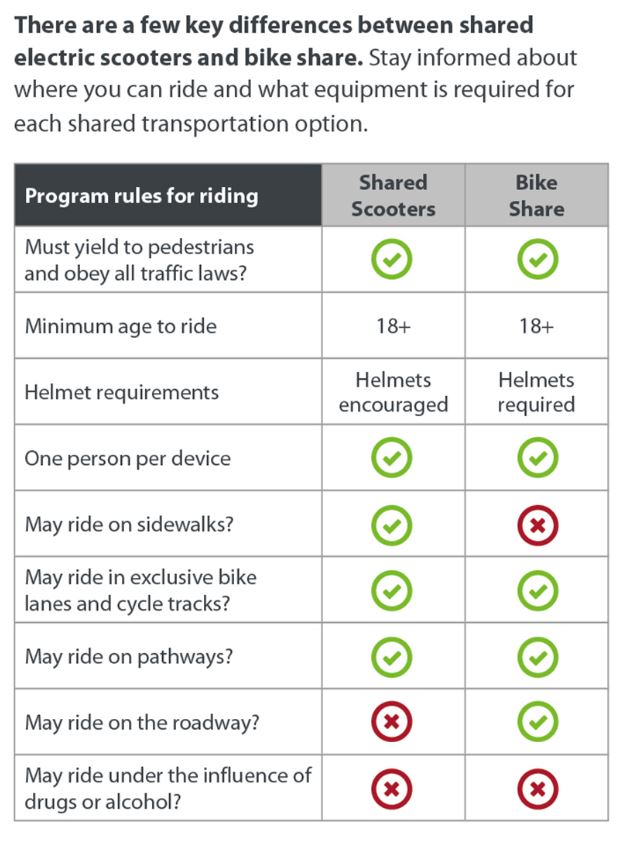