The family of the victim of a domestic homicide in Bowness is remembering the 33-year-old for how she lived, celebrating her as a shining soul and a loving mother of two.

Robin Sawers said her sister Melissa Blommaert had just celebrated her birthday on Sunday, one day before she died.

“Your shining soul, your contagious laughter and your eloquence will keep your memories strong in my heart,” Sawers said.

Sawers told Global News Blommaert’s past few years were challenging, but said she wants her life and memory to be celebrated.

“As tragic and severely difficult the past few years have been for Melissa — with substance abuse, mental health and violence — she deserves to be honoured and [her] memories celebrated,” she said.

READ MORE: What a national action plan on gender-based violence might achieve — if Canada gets it right

Story continues below advertisement
Blommaert’s biological father Kevin Sledz said he learned of her passing Wednesday morning, describing it as a “tough day.”
Sledz said Blommaert was as a big fan of the outdoors, enjoying many drives through the province.
“She loved to just drive in the country and take in the beautiful Alberta we live in.” 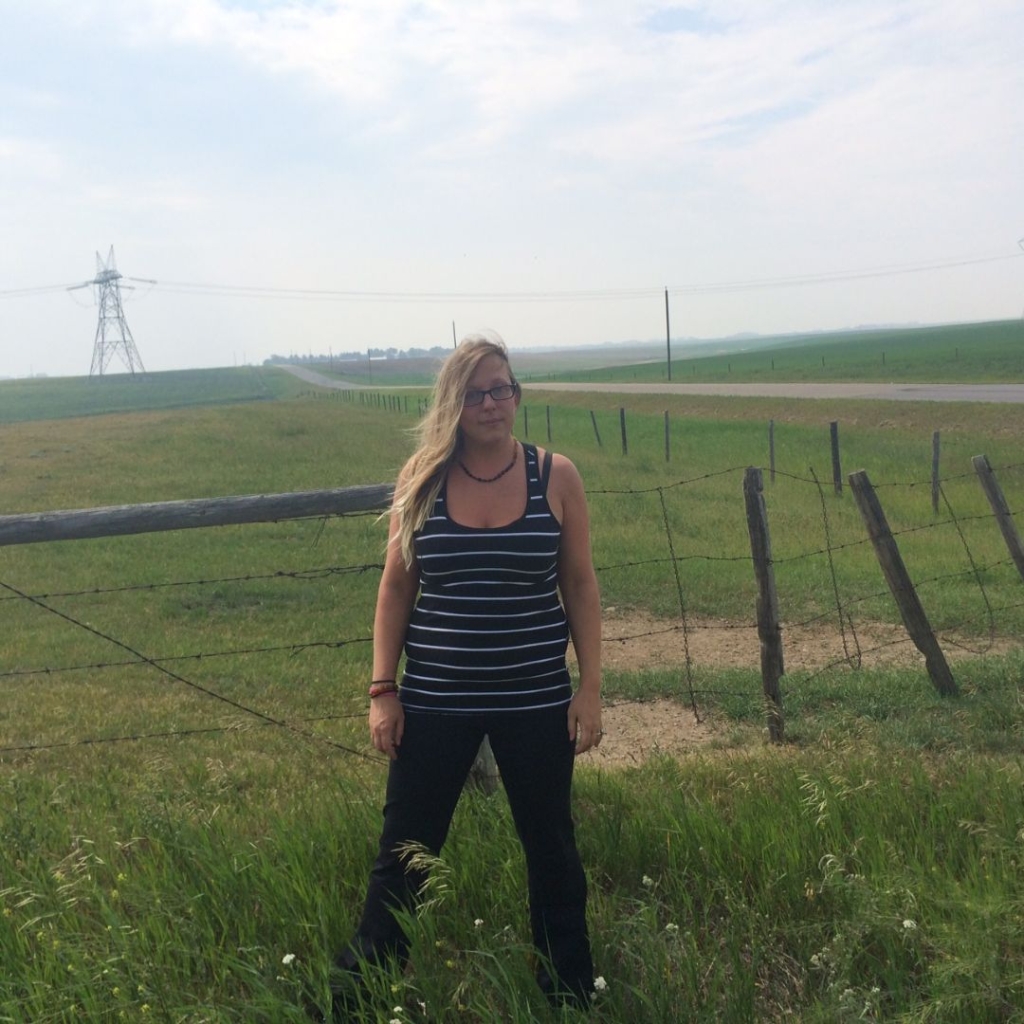 On Wednesday, flowers paying tribute to the mother could be seen near the intersection where she was found.

The flowers were accompanied by a short note that read: “you are loved.”
Police believe Blommaert and the suspect were married and living together in the Bowness area. The couple were in a fight sometime before the incident, police said.
“We believe there was an argument. We believe the victim got out of the vehicle and that the accused subsequently ran her over with the vehicle,” Staff Sgt. Colin Chisolm said.READ MORE: Death of woman found in Bowness intersection was domestic, Calgary police make arrest

Police have arrested 35-year-old Ronald Candaele at a home in the Bowness area. He has been charged with second-degree murder in Blommaert’s death. 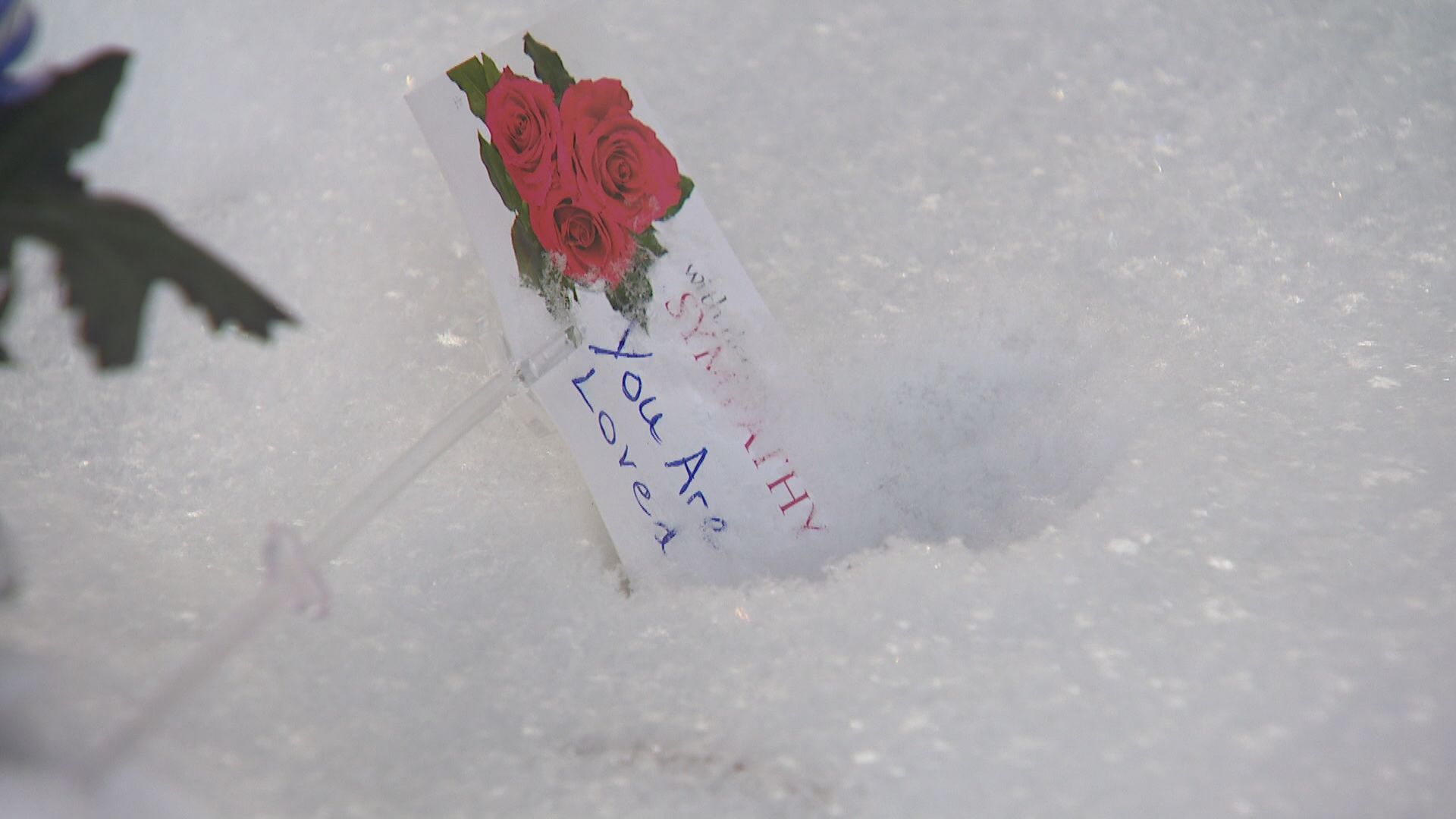 Flowers paying tribute to Blommaert near the scene where she was found.

A domestic violence support group is asking the public to recognize the signs of an abusive relationship following the tragic case.

The Calgary Domestic Violence Collective said domestic abuse in the province is pervasive and said one-third of Albertans will experience domestic violence sometime in their life.

“It’s always devastatingly sad when someone loses their life, even more so to domestic violence… It always makes me ask the question: what can society do?” Calgary Domestic Violence Committee co-chair and Sagesse executive director, Andrea Livingstone, said.

Livingstone said many victims don’t speak out because they often blame themselves.

“They think it’s their fault and so they don’t come and seek support because they think they deserve what’s happening to them,” she said.

According to Livingstone, the odds of the victim getting help greatly improve when they share with others what they’re going through.

“Reserach and data show that when friends and family members respond appropriately to disclosure of domestic violence, that individual is less likely to have an escalation of violence… When a friend or a family member does not respond well to disclosure, that person is much likely to stay in a domestic violence relationship for a much longer time— almost three times longer — and more likely to need emergency and crisis supports down the road.”

The group is urging everyone who suspects a friend or family member may be abused to simply ask.

“Some of the questions you can ask are: ‘are you OK? You don’t seem like yourself,’ or, ‘You seem a little bit afraid.’ Those sorts of questions will provide an opening for someone in an abusive relationship.

If you or someone you know is experiencing domestic or family violence, call the 24-hour support line at 310-1818.

–With files from Heide Pearson