What does it take to be a Blue Man? Global Okanagan goes behind the scenes

The world-renowned performance art production Blue Man Group will be in the Okanagan at the South Okanagan Events Centre (SOEC) on April 23 and 24.

“The Blue Man Group is a really exciting, fun experience for the audience,” said Blue Man performer Jonathan Clapham, who has been in the role for 12 years.

Clapham is a Chicago native who studied theatre in high school before earning a Masters of Fine Arts in acting. He is also a classically-trained pianist. 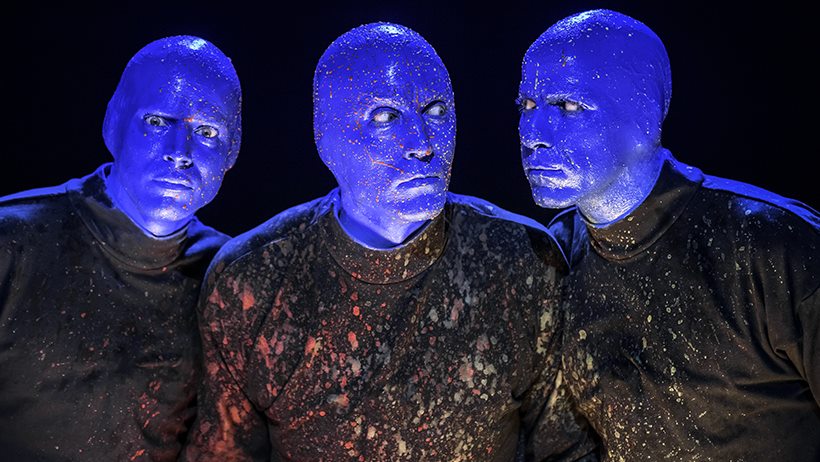 “Met with the casting department of Blue Man Group, did the auditions, learned how to drum and yeah, it all worked out,” he said, describing how he joined the troupe.

The group was founded in New York City in 1987. Performers have visited 25 countries.

The production was recently acquired by Cirque du Soleil and is touring across Canada, reaching smaller towns that have never experienced it before.

Story continues below advertisement
“We put a bald cap on, like a latex bald cap, so it covers up all your hair, covers your ears [and] over that we put a whole bunch of this makeup,” he said at rehearsal on Tuesday.

The production also customizes its own unconventional instruments, played in a unique way by a live band.

“I usually think of the music as the consciousness of the Blue Man,” said musician Terry Tungjun. “Since they don’t speak, we are actually speaking for them through music.”

And while the special effects have changed over the last decade, Clapham says the crux of the show remains the same.

“New technology works its way into the show, but the core of what Blue Man Group is about [is] that curiosity, that desire to connect with people and to connect people to each other,” he said.
Story continues below advertisement

“All of that beating heart of Blue Man Group has continued throughout.”