The Government of Alberta’s anti-racism initiative took another step forward Monday after naming the province’s 25-member Anti-Racism Advisory Council, the first of its kind in Alberta.

“Establishing the Anti-Racism Advisory Council is an important part of our government’s efforts in fighting racism in this province,” Education Minister David Eggen said in a statement. “Each of the council’s new members brings a wealth of knowledge and lived experience to our government’s anti-racism work.”

Eggen is the minister responsible for the province’s anti-racism efforts — that included the 2018 anti-racism report — and is one of the members of the council.

Council co-chair Lucenia Ortiz, of Edmonton, said in a statement the members of the council “share a commitment to tackle racism and make Alberta a more welcoming and inclusive province.”

For co-chair Heather A. Campbell, racism is more than just racist words or actions from individuals — it’s a systemic problem that affects all Albertans.

“Racism, for me and a good portion of the council, is an economic prosperity issue,” Campbell told Calgary Today on 770 CHQR.  “It actually affects all Albertans.”

The council will be responsible for providing the provincial government with insight and advice on ways to combat racism and promote inclusivity.

“We looked at exploring the credentialing process in various professions,” Campbell said Monday. “We are looking at evaluating education resources and best practices. We’ll begin work on a hate crime strategy and we’ll be assessing options to ensure that the Alberta government itself and its agencies reflect the diversity and plurality of Alberta.”

Campbell said that despite the points-based system where immigrants are evaluated using factors like education and work experience, newly-arrived Albertans can’t always get work that fits their foreign credentials.

In those situations, Campbell said Alberta isn’t getting full value from those immigrants and vice-versa.

“It’s dishonest for us to have them in low-paying, unmatched jobs and it’s demoralizing for the person that is experiencing that,” she said. “That’s work we can work on and look at strategies to deal with a distinct issue like that.”

READ MORE: Racist letter tells Leduc family ‘we do not like your kind’

The council has the potential to connect a number of disparate provincial agencies, like the Human Rights Commission and the hate crimes unit, Campbell said. Campbell also recognized specific challenges in working with racism issues faced by members of First Nations.

“When working with indigenous communities, the marker of success will be an appreciation for their experience, for a shared path forward and for a future for indigenous Canadians.

Tweet This Click to share quote on Twitter: "When working with indigenous communities, the marker of success will be an appreciation for their experience, for a shared path forward and for a future for indigenous Canadians.

“It’s important to think about it in terms of data — that’s a challenge for all streams of work that we’re looking at. It’s important to understand the benchmarks we’re starting from. The data gathering and data mining particularly in indigenous communities is a bit challenging at this point in time.”

Monday marked the first meeting for the council comprised of members with diverse cultural, ethnic and religious backgrounds from such Alberta communities as Edmonton, Calgary, Brocket and Worsley.

“There’s a lot to do, but each day we take a new step forward.” 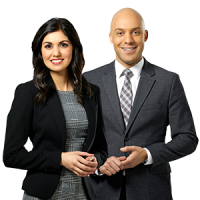