An oil spill at a Trans Mountain pipeline facility north of Kamloops was significantly larger than originally reported by the province.

The spill was reported at the company’s Darfield station, just north of Barriere at about 5 a.m. on May 27.

The company says after completing an investigation of the incident, it believes about 4,800 litres, or about 30 barrels of medium crude blend, was released.

That’s 48 times larger than had initially been reported by the Ministry of Environment.

In an emailed statement on Sunday, a spokesperson for the ministry said the discrepancy was due to 100 litres being “the minimum threshold under their spill reporting obligations.”

READ MORE: Here is everything you need to know about Ottawa’s plan to (maybe) buy the Kinder Morgan pipeline

The spokesperson said that was the best information available at the time, but was not able to say why the spill was reported as 100 litres, and not 100 litres or greater. 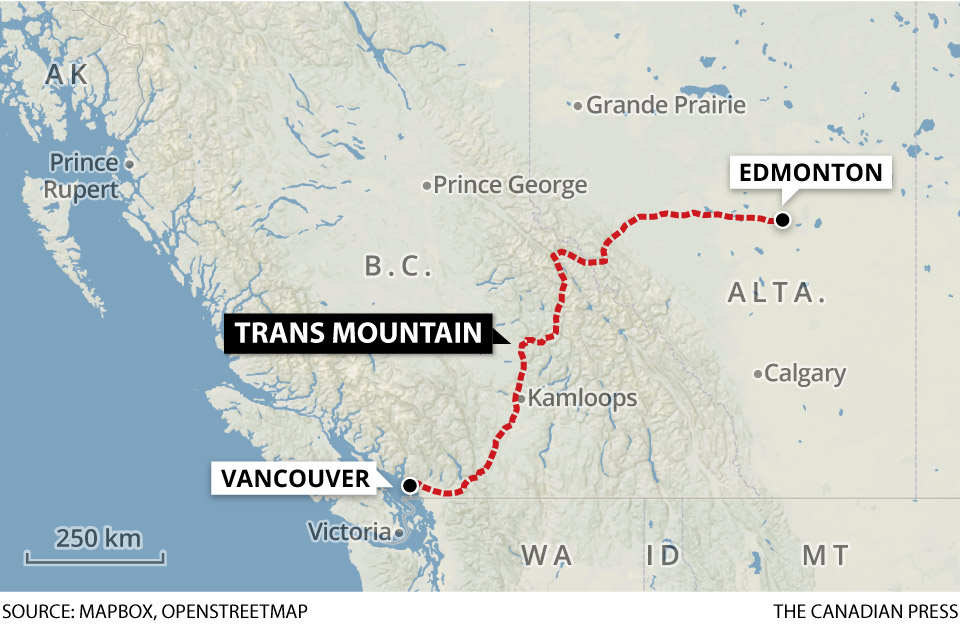 At the time of the spill, Trans Mountain gave no estimate on the amount of oil that had leaked.

“Trans Mountain had not provided an estimate of the volume spilled, other than to confirm with regulators that it was over the reportable threshold, until cleanup had sufficiently progressed to a stage where an accurate estimation could be provided,” said spokesperson Ali Hounsell in an emailed statement.

READ MORE: Ottawa to buy Trans Mountain pipeline project, what does this mean for BC?

According to the ministry, all of the material that spilled was contained to the Trans Mountain site, and none reached any local waterways.

The Trans Mountain pipeline was shut down for about eight hours after the spill while the company notified stakeholders and conducted an investigation.

Hounsel said cleanup at the site is now “in the final stages.”

The incident came just days before the May 31 deadline the energy infrastructure giant gave Ottawa to solve the legal hurdles facing the project.

The company froze all “non-essential activities and related spending” on the project and threatened to pull out if they could not provide certainty it would be built.

On May 29, the federal government announced it would buy the pipeline for $4.5 billion.

— With files from Erica Alini