With the Ontario election just days away, PC Leader Doug Ford, Liberal Leader Kathleen Wynne and the NDP’s Andrea Horwath continue to make campaign stops across the province following of  Wynne’s admission over the weekend that her party is facing election defeat.

As voters head to the polls June 7, Global News has assembled a cheat sheet that looks at each party’s platform.

READ MORE: Here is everything you need to know about what Kathleen Wynne’s Liberals are promising

Ford’s PCs have faced sharp criticism from his opponents who accused him of breaking a promise to release a fully costed platform ahead of the election. The Tories instead released a plan which lists many of the party’s initiatives but does not include a detailed fiscal plan or a path to eliminate the deficit.

Ford has campaigned on fiscal responsibility despite not giving a firm commitment on when his government would balance its books only saying that he would run a deficit in his first year. Ford has focused most of his criticism on Wynne’s fiscal record and has warned an NDP government would be “10 times worse” than the Liberals.

1:49 Decision Ontario: Tough questions with week to go until election

Kevin Page, the former parliamentary budget officer, said while the Tories have listed costs for some of their priorities it falls well short of the “best practice” a multi-year fiscal outlook that includes revenues, spending, deficit forecasts, and debt payments.

“It tells Ontario citizens what are the intentions of the Progressive Conservatives should they form a government, which is good,” said Page. “There is some financial information provided but it’s certainly not presented in terms of a fiscal framework.”

“There is no evidence they can balance the budget with this platform,” he said. “It’s not going to add credibility to Mr. Ford when he’s out there saying he is going to provide fiscal management.”

Ford has promised to hire an outside auditing firm to look at the Liberals’ spending and find billions of dollars in “efficiencies” if elected premier.

“Doug Ford will go line by line through the government books with the help of an independent auditor to find value for money and savings for taxpayers,” a PC spokesperson said last month.

Both the Liberals and the NDP, who are pitching deficits and tax increases to pay for their own promises, have claimed a Ford government would have to implement massive cuts. Ford has said a PC government would run a deficit but present a balanced budget by the end of its term.

Here’s a closer look at what we know about Ford’s spending promises.(Numbers taken from PC party website):

Ford has pitched a series of tax cuts he said will stimulate the economy and put more money in the pockets of Ontarians. Together they add up to roughly $5.76 billion in lost revenue each year.

The Tories have made a series of big-spending promises on transit, health care and other key priorities. So far, the PCs promises add up to just over $8 billion.

How does Ford’s plan stack up?

While Ford’s opponents have sharply criticized his decision not to release a fully costed platform, the other main parties have. Here’s a quick look at the fiscal plans laid out by the NDP, Liberals and Green Party. 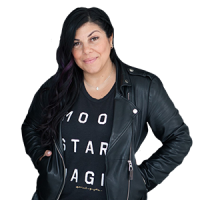