To say the telescope at the Burke-Gaffney Observatory at Saint Mary’s University is high-tech would be an understatement. Not only is it the most power in eastern Canada, it’s also social media savvy.

“As far as we know, this is unique, meaning it’s the only fully automated, Twitter-controlled telescope,” observatory director Dave Lane said.

READ MORE: Astro Corner: What’s up in the March sky

Users can request a photo — whether it’s a galaxy, nebula or millions of other possibilities — and when conditions are appropriate, the telescope will position itself and take the photo. Then it will tweet the photo back to the user who requested it.

“It’s not like you go … Google whirlpool galaxy and up it comes,” Lane said.

“That’s the whirlpool galaxy there on the screen and that’s one that was requested by a person. It’s their image, it’s got their name on it, it’s personal.” 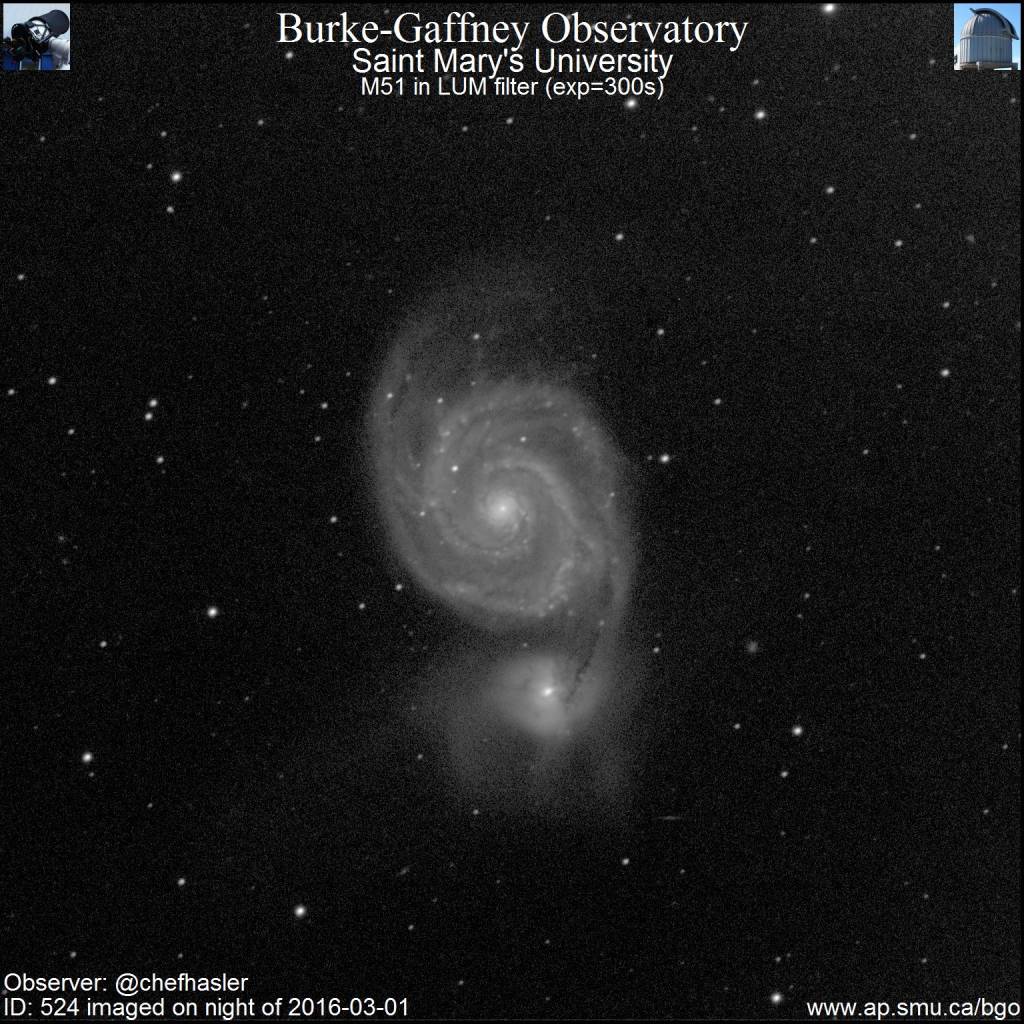 The new telescope came to the university in the fall of 2014 and was named after Dr. Ralph Medjuck, who donated the funds to purchase it and renovate the observatory.

Until now, its social media capabilities were being tested by the university community to work out any bugs, and the functionality was proving to be popular among students.

“I can connect to the observatory from anywhere using Twitter, asking it to take images and those images just get sent to me,” third-year astrophysics student Tiffany Fields said.

“So I don’t have to come in and wait all night for a clear couple of minutes to take a picture. It just does it whenever it clears up.”

As of this week, the telescope is online and available to the whole world. Already, at least 60 people have requested access — some from as far away as India and Latvia.

Lane said he’s surprised by how much interest there has been in the telescope, and he hopes its popularity will encourage more interest in astronomy.

“We hope that whether it’s young or old or school children or university students, they’ll take the next step and maybe say, ‘Gee, that’s interesting. Let me try something else.’ So it’ll be an interactive process and a learning process.”

In time, the observatory plans to improve the telescope by having it live-tweet and even join Facebook.

They are also working to make the telescope better at adapting to Maritime weather conditions.